A new Tesco promotion started yesterday and runs through to 5 December – when the Christmas offers begin.

The latest list reduces the prices of over a hundred wines but – reflecting the policy since “half price offers” were abandoned – around 90% of the promotion concerns branded wines.

More interesting, though, is what is happening in the retailer’s own range and that is where I focus today. Nevertheless, I start with two from the promotion – largely to appease the “bargain obsessed”. 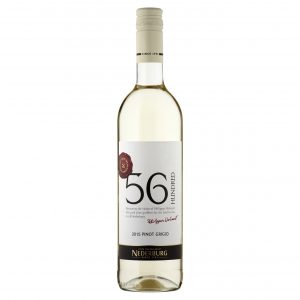 Wine commentators tend to be hard on pinot grigio (and, yes, I have been equally dismissive of blander examples) but many people love it and good versions will work well at larger Christmas gatherings.

To me, the best current example at its price is 2015 5600 Nederburg Pinot Grigio (£5.25 – instead of £5.75 and 12.5%) with the mace and ginger elements that support its light but ripe mango and peach fruit and the zippy tangerine acidity that give it life. 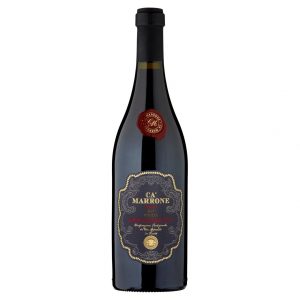 Italy does well with techniques that dry grapes before pressing to reduce the water content and, hence, increase concentration – amarone (and its spin-off valpolicella ripasso) are good examples – but this is from further south.

Nevertheless, there is a superb density to the negroamaro-led 2015 Rosso Puglia Appassimento Ca’ Marrone (£7.50 – instead of £9.50 and 14.5%) with its intense but soft black cherry and bramble fruit and the mint, cinnamon and vanilla flavours that support it.

But what of that underlying strategy?

When the gloss wore off the “£10 wine for a fiver” mechanic that most supermarkets were using, Tesco's response was to provide even sharper definition to the different levels within their wine ranges.

Yes, I know we have heard similar marketing talk before but just take a look at what the energetic buyer, Charlotte Lemoine has helped create with entry point Bordeaux reds.

A very clear “good/better/best” structure has emerged there – centred around prices as close as possible to £4, £6 and £8.

Regional characteristics surface loud and clear at the £8 mark but are less obvious in the broadly based everyday versions at lower price points.

For my final wine a week or two back I wrote approvingly about the bramble, cinnamon and graphite centred  2014 Finest* Medoc (£8) and similar (but Right Bank) finger prints can apply to the comparably priced Finest* Montagne St Emilion. 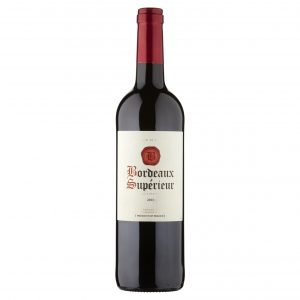 Step down a rung though to 2014 Bordeaux Superieur (£6) and the colour lightens and the density diminishes but the expected minty blackcurrant and loganberry flavours still shine though and are nicely supported by firm tannins and a hint of black pepper. 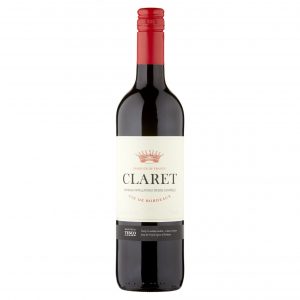 On the next rung down you find the merlot dominated 2015 Tesco Claret (£4.15) which brings us medium bodied, fruit forward red wine with pleasant red plum and raspberry components and supporting touches of aniseed. For sure, it still delivers Bordeaux style wet leaves elements, black fruit and firmish tannins but the overall effect seems significantly less “location specific”.

Similar staircases can be detected in the Rhone, the Loire and parts of Italy. 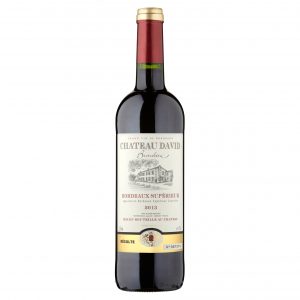 Continuing the Bordeaux theme, let’s take a look at a well priced claret from another supplier and follow the established path for seeking value by looking outside the best known parts of any area – in this case Fronsac rather than Saint Emilion or Pomerol.

There is juicy but soft blackcurrant and blueberry fruit to 2014 Chateau David Beaulieu (£6.50 at Sainsbury’s and 13%) neatly supplemented by firm acidity, rounded tannins and just a hint of minty sweetness.

And, of course, there are everyday whites too!

Because of its climate, Bordeaux relies quite heavily on blending to capitalise on what has ripened well in any year – that is not just so with merlot and cabernet but, as here, with sauvignon blanc, semillon and muscadelle to create tasty, dry white wines.

Again, it is a less glamorous area – Entre Deux Mers – that brings us the great value 2015 Chateau Moulin de Launay (£5.99 at The Co-op and 12.5%) with its ripe melon and crunchy apple contrast that sits easily with the wine’s sherbet lime, green pepper and lanolin texture.

I had the Ca’ Marrone instore 2 weeks ago and didn’t pay £7.50 for it then. What I didn’t spot was Tesco’s early 25% off 6 when I bought it otherwise a case would have come to me at a very silly price but much appreciated for the quality of this bottle. It was lovely stuff and as far as online ordering goes has not been available during the last 2 weeks when it remained listed at £6. But….I think it still worth its current £7.50 if you can get it in the shop.

But it’s Sainsbury that has had my eye this last week since its 25% off 6 has been available and many of their bottles that are reduced already, so it’s a double discount. Star attraction coming in at around £3.55 is their entry ‘level’ jovan, Marques de Montino Rioja 13.5%abv, a more fruity, drinkable offering as you’ll get right now for that kind of money. I was knocked out by it along with their again basic, entry level Loire (Saumur) Chenin Blanc at £5 down to £3.75 and the Vouvray from £6 to £4.50. And my local store had lots of everything else besides.

Hi Brian,
Must admit I don’t shop in Tesco much now since they reduced their range concentrating more on mass produced brands, use to find some real bargains amongst the non run of the mill offerings and their fine wine section was always pretty decent but now especially in my local branch the wines are more or less uninspiring and no fine wine section which is a real shame.
Saying this, there are still the odd bottle that I would buy and the Ca’Maronne does sound good.
I have bought the Tesco Claret before and found it a nice simple drink for the price and I kind of enjoyed it.
The Vina del Cura Rioja (formally Vina Mara) is still an excellent buy and probably in my opinion the best Rioja the store sells, I’ve actually still got a couple of bottles of the 2004 Gran Reserva.