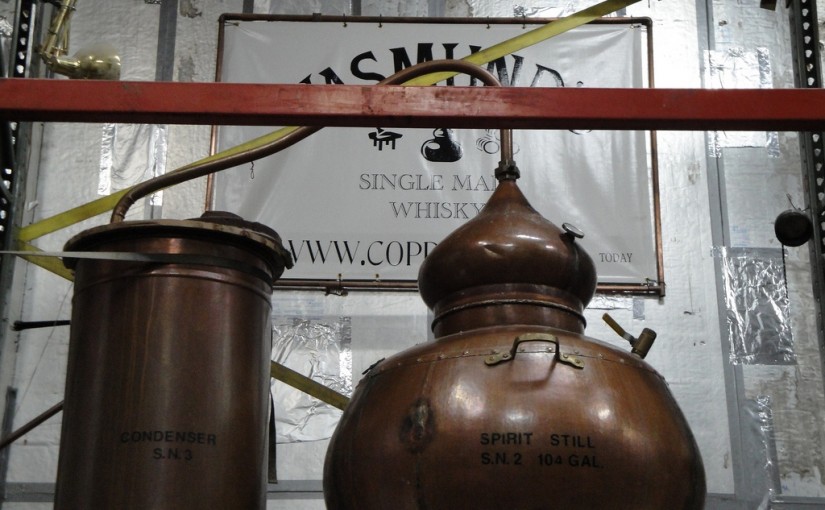 Part of the magic of whisky comes from the sheer length of time it takes to mature. Decades can pass as the cask and its content work through that complex two-way process that mellows the harshest of the spirit components while, simultaneously, introducing colour and a range of flavours.

Most barrels used for aging whisky come from the United States having been used just once in the bourbon industry. Typical of the flavours those guys introduce are vanilla, spice, coconut and honey. The main alternative is a sherry cask. Here the principal flavour contributions are dried fruit and influences such as cloves, orange peel and Christmas cake.

Nowadays, however, several distilleries are adopting an approach long associated with master blender Bill Lumsden at Glenmorangie and introducing a further array of flavours by transferring the whisky into a different barrel towards the end of its maturation. That previous “fill” can range from fortified wines like port and madeira through to red (or even dessert) wines.

Done well, the process creates even more subtle and intricate whisky such as the examples described below, but there are a couple of caveats. Less successful wood finishes simply modify the mid-palate but leave the nose and finish still largely dominated by the original flavours. Secondly, as the price guidance shows, these whiskies can be expensive – partly because the process is labour intensive and partly because it tends to work best with older whisky.

Port is a popular previous “fill” as in Ben Riach Solstice Second Edition. (£60) – which uses tawny port pipes. The resulting whisky is, predictably, rich and nutty but there is also a fruity nose and just a hint of cherry. Those hints lingers on in a nicely choreographed and beautifully proportioned, long, smoky finish.

It’s not just about wine barrels though as indicated by the “hint in the name” Glenfiddich 21 Year Old Rum Cask (£120). Here is a lively, fruity whisky with a brioche-based opening and a very warming spirit base. Of all the examples considered today, this has the most pronounced oak-induced vanilla flavours but they are rounded out by a firm citrus edge to the finish.

As its name suggests, Auchentoshan Three Wood (the least expensive option, at £40) is matured in a trio of casks: bourbon, oloroso sherry and Pedro Ximenez sherry. The result delivers demerara sugar notes on the nose, but with a savoury backdrop that gives way to butterscotch and, then, a broad spectrum of rich and ripe fruity influences with spice and almonds surfacing too.

The previous occupants of the wood used in Bruichladdich Black Art 4 (£170) are a closely-guarded secret. The balance, however, is exactly right ensuring that the finished whisky is smooth, polished, mellow and quite soft but with clear-cut spicy orange flavours, a sharper citrus edge, slightly sweet aromas and concentrated tropical fruits on the finish.

Every one of these examples, though, adds an intriguing extra dimension to our national drink and certainly justifies further experimentation by intrepid drinkers everywhere.

2013 Coin des Coquins Mourvedre Cabernet Sauvignon: Languedoc, France: 13 per cent: Seldom does mourvedre lead a blend – especially with cabernet – but this works brilliantly. Its nicely restrained acidity and bright (but soft) red plum and raspberry fruit mingle agreeably with an undercurrent of vanilla and other – more savoury – spices and well-judged tannin. (£7 at The Fine Wine Company, Portobello – but minimum purchase rules apply)

2013 Dourthe No. 1 Sauvignon Blanc: Bordeaux, France: 12 per cent: Often, dry Bordeaux whites disappear under the radar but this one is well worth seeking out. It has text book, grassy aromas to accompany its perfumed grapefruit and mint flavours – but with a depth sauvignon often lacks – yet its fresh and vibrant acidity goes undiminished. (£7.95 at The Wine Society)