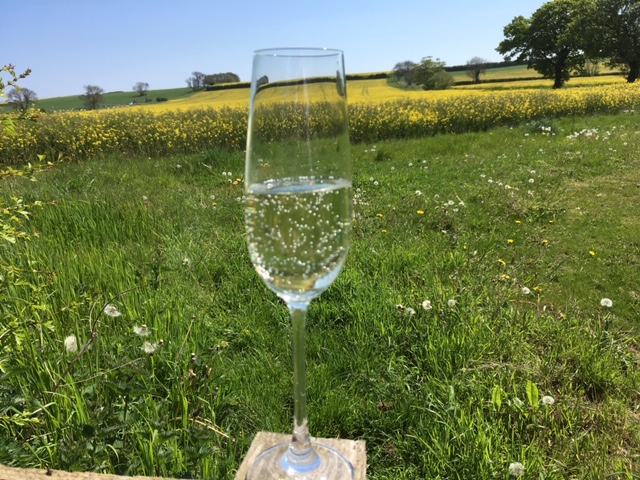 Today we take a rest from specific retailer promotions and wine lists to look at one wine as a whole.

Prosecco is so popular that it is surely time to select which inexpensive High Street versions I rate most highly.

That is exactly what I have done and I hope it proves to be a useful guide to summer drinking.

In addition, our regular Best of the Rest feature picks out a couple of great value still wines while the monthly review of Sunday Best wines helps you select bottles for those special occasions.

Where they are available, use the pictures next to the description of a wine to help you find it quickly on a crowded display.

A while ago Italy’s wine hierarchy realised that dwindling Asti Spumante sales did not mean drinkers were disenchanted with all Italian sparkling wine.

Rather, it was just that the fashion for particularly sweet ones had moved on.

Consequently, attention switched from Piedmont to North East Italy – and to prosecco.

Both areas use a production method that bears the name of Eugène Charmat who refined and improved a slightly older system to create those sought after bubbles.

It does so in large sealed tanks – not in the bottle as happens in, for example, Champagne.

Since the tank method involves less direct contact with the (bubble inducing) yeast, its results tend to taste fresher but with less of the biscuit influenced complexity those yeast cells often generate.

Prosecco’s game changing USP, however, is that it usually has significantly less residual sugar than Asti Spumante.

That reduced sweetness (and the use of the now re-named glera grapes – instead of  Asti’s muscat) has resonated with the public.

Growing demand has led to prosecco’s permitted production area being expanded and to that name change for its component grape.

Happily, its original name (prosecco of course) is shared with that of a village in the current production area which is often regarded as the grape’s home town.

So, calling the grape something else, would make the word “prosecco” solely a geographically protected name – with all the attendant legal constraints.

Before that change, wine made from the grape anywhere could legitimately put “prosecco” on the label arguing, validly, that was just the name of the variety the bottle contained.

But which version of it to buy?

To answer that question, I conducted a comparative tasting of High Street versions retailing at £8 or under.

I also divided them into two groups according to their sweetness – which, again, can be confusing.

Decanter magazine has an excellent guide to sweetness levels in sparkling fare and most entry point prosecco version will be labelled either as “Extra Dry”  or (counter-intuitively, if it is slightly drier) as “Brut”.

So, I divided the wines I was assessing between those two categories – and, since most are either 11% or 11.5% abv, I have omitted the precise alcohol figures this time.

As most of these wines cluster very close to the £8 mark, I first sought out a good value version below that figure.

My winner in that category is Fillipo Sansovino Prosecco (£7 until 22 May at Asda) with its soft green apple, pear and melon fruit, clean grapefruit acidity and secondary touches that include a vague nuttiness and saline hints too.

Next, then, the overall Extra Dry winner

To signal that to the world, they are entitled to label their wines as DOCG Prosecco Superiore – the final word and last letter of the acronym are the critical elements.

The smaller of those two areas is Asolo but the better known is Conegliano Valdobbiadene.

This is a hilly area in a sizeable plain and hence has a different micro climate and the terrain means much more has to be done by hand – often an indicator that better quality is to be expected.

Only one of the wines meeting our price criteria was from that Superiore area and, to me, it did indeed outscore its rivals.

But if you prefer Brut versions

Anyone more inclined towards drier versions will look for a Brut label and, in that category, I found two decent “runner up” bottles.

With smooth, red apple fruit Tesco Finest Prosecco (£7 – instead of £8 until midnight tonight – at Tesco) is worth seeking out. So, too, is the lively tropical fruit influenced Waitrose Prosecco NV (£7.89 at Waitrose).

All round though, my personal favourite was Morrisons The Best Prosecco (£7.50 at Morrisons) which opens with minty aromas and an energetic mousse followed by balanced grapefruit acidity that gives real verve to the wine’s apple and ripe melon fruit that is set in an appealing spicy, custard cream background.

Here’s to summer then!

Armed with this guide, I rather hope you will be able to select whether Brut or Extra Dry suits you better and use the results to lubricate your sun lounger moments throughout the summer.

Winner from a wide field

Cotes du Rhône reds can vary appreciably (no surprise really given that over 5000 growers are entitled to use the appellation) but this – slightly higher – “Villages” level version is an excellent (and typical) example at a great price.

Soft and medium bodied 2017 Extra Special Sainte Cecile Cotes du Rhône Villages (£6 – instead of £6.50 until 21 May – at Asda and 14% abv) has mint influenced plum fruit with firm tannin and good acidity neatly supported by hints of clove, chocolate and pepper but with graphite and herb depth too.

And for a white …

Although sauvignon blanc components usually fall within a narrow range , this one is slightly different with greater depth and more tropical fruit influences (rather than gooseberry based ones).

Nevertheless, New Zealand’s piercing acidity is clearly in evidence in 2018 Taste the Difference Coolwater Bay Sauvignon Blanc (£6.50 – instead of £8 until 21 May – at Sainsbury’s and 12.5%) but here it is wrapped around grapefruit and peach flavours along with textured suggestions of mint, green herbs and pithy lime.

Our Sunset Corner focus this week is on Morrisons where a four week promotion period comes to an end next Tuesday (21 May). Here are a few of its contents.

Remember though:
All these wines are “subject to availability” and prices may change – the “in store price” is the final word.
Minimum pricing laws mean that what you pay may differ slightly in Scotland.
These details are for information and, unlike commendations elsewhere on this site, are not necessarily endorsements for the products.

Sometimes the price gap between premier cru and basic Chablis makes the latter better value for money but not this time; this is probably worth double the £2 step up from other Morrisons versions.

Lemon acidity and herbal depth firmly underline the quality of 2015 The Best Chablis Premier Cru (£15 at Morrisons and 13%) with its soft yet fresh apple fruit and overall silky smoothness – a beautiful example from a single part of the Chablis premier cru area (not a blend of several).

As I mentioned last week, to broaden their range, Morrisons will be adding a handful of premium wines to their list including some hugely impressive Rioja and Brunello and, (top of my list) Gevrey Chambertin.

They do not arrive until July and will only be in selected stores so online may be a good option.

Not one but two New Zealand sauvignons.

While sauvignon does not have the quality range of, say, chardonnay – which stretches to the stratosphere – there is a step change when you enter double figure prices that usually brings additional texture and broader or bolder fruit components.

For example, 2018 Finest North Row Sauvignon Blanc (£13 at Tesco and 13%) – made for Tesco by Villa Maria – has intense gooseberry and apple fruit with sharp acidity, neat herbal touches coupled with lime and grapefruit elements too.

And the other one

The other sauvignon is more familiar and is made by the talented Brent Marris – who was behind the original success of Wither Hills – but now makes this as well as The Ned wines at his winery near the Waipara River in Marlborough.

2017 The King’s Favour Sauvignon Blanc (£11.99 as part of a mixed six at Majestic and 13%) has a ripe peach and passion fruit base with floral, red apple and herb viscosity, lime acidity and suggestions of jalapeño and bell pepper.

Five years of aging (at least two of them in oak) is the minimum requirement for gran reserva from Rioja and this shows how well that process softens the wine and, in particular, the tannin within it.

Adopting the increasing trend of single variety Rioja (rather than a blend) 2012 El Duque de Miralta Rioja Gran Reserva (£15 at M&S and 13.5%) uses 100% tempranillo to create red wine with pronounced yet soft cherry and blackcurrant fruit, good acidity but gentle tannin and a background of mint, chocolate and mocha.

Ask many Spaniards for their top choice red wines and tempranillo from Ribera often gets the nod over Rioja and this excellent example (at a fantastic price, incidentally) helps to show why.

Sticking with the same retailer

Another Wine Society spectacular is from the brilliant winemaking of Katie Jones – once of Leicestershire but now firmly established in Languedoc – and, here, producing lovely red wine from old vines in the twin enclave Fitou region.

Note the depth of 2016 Domaine Jones Fitou Vielles Vignes (£15.50 at The Wine Society and 14.5%) and the way it integrates aniseed, liquorice and white pepper elements into the texture that so ably supplements the wine’s vibrant loganberry fruit.

The time honoured processes for drying grapes (to concentrate their flavours) is hugely successful in North East Italy creating superstar red wine from the relatively humble corvina and other local grapes.

See the results in the sweet edged and complex 2016 Finest Amarone della Valpolicella (£18 at Tesco and 15.5%) with its cherry and damson fruit, limited tannin, nippy acidity and supporting components of raisins, marzipan and nuts.