Tesco press the 25% off Button

A bit of a re-jig this week folks because I picked up a late notification about the Tesco October “25% off when you buy six” promotion.

Several of you chided me for missing the last couple of these events so here are a few good options for you to apply to this promotion.

Do, however, look back at previous Tesco based posts (like this one in June) for other wines you could also buy.

The promotion runs until 31 October 2018 and the usual exclusions apply (e.g. not in Scotland or Tesco Express stores) so do check if you are in doubt.

For me, a “go to” part of Languedoc for impressive reds is Saint Chinian but Tesco’s (admittedly decent) version is outpointed by this Minervois which is a GSM + carignan blend but syrah led – actually 65%.

There is outstanding quality to the medium bodied 2016 Finest Minervois La Liviniere (normally £9.50 but £7.60 on this promotion and 14.5% abv) with its soft prune and blackcurrant fruit, good acidity, firm tannin and sweet edged background with hints of vanilla. 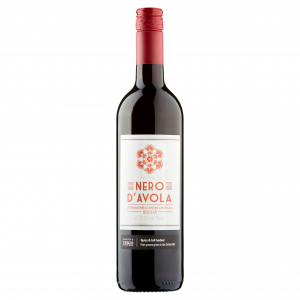 Tesco have done well with their inexpensive Italian wine range and this Sicilian red joins the club by providing an everyday version of one of the island’s most popular grape varieties that, with the discount, could be perfect party wine.

Sophisticated it is not but 2017 Tesco Nero D’Avola (originally £5 but down to £4 with this promotion and 13.5%) provides straightforward plum and cherry centred wine with a light coffee, cinnamon and mint texture, good acidity and surprisingly gentle tannin.

Pick of the pinots 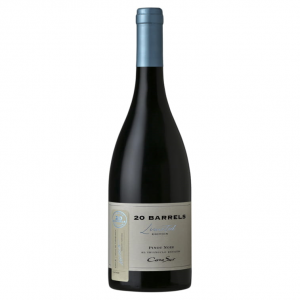 Tesco has a good range of pinot noir across the price points – its Central Otago is a sound choice for instance – but, to me, this version from Chile’s Casablanca Valley is the tops, amply justifying its price premium, and it was made by the brilliant Adolfo Hurtado just before he moved on from the Concha Y Toro giant.

Clean and soft, 2016 Cono Sur 20 Barrels Pinot Noir (normally £16 but £12.80 on this promotion and 14%) has soft cherry fruit with a suggestion of pinot’s characteristic earthy beetroot elements, bold acidity, little tannin and a mild clove finish.

As I mentioned last time, making rosé from grenache can be tricky but this is really classy fare at a great price that – unusually for this far south in France – even includes a dash of cabernet sauvignon alongside its 67% grenache contribution.

Crisp and floral, 2017 Coteaux D’Aix En Provence Rosé (normally £6.75 but an astonishing £5.40 on this promotion and 12.5%) is centred around crab apple and raspberry fruit with savoury spice influenced texture that makes it especially effective with food.

Over to the whites 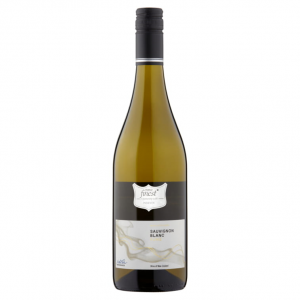 Once you introduce oak to sauvignon blanc then the resulting smoothness can often be at the expense of the acidic freshness that is, in effect, the wine’s defining style – so full marks to this Marlborough version that actually delivers both of those characteristics.

While there is oak inspired softness, richness and hints of vanilla to 2017 Finest Barrel Reserve Sauvignon Blanc (normally £9 but £7.20 on this promotion and 12.5%) it retains pronounced lemon acidity to enliven its grapefruit and green apple flavours and the suggestions of greengage that accompany them. 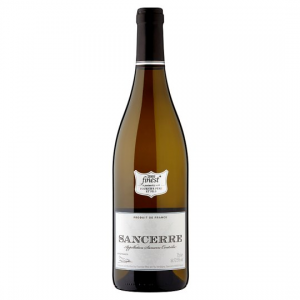 For more traditional but slightly subdued versions of sauvignon, one naturally heads to the eastern end of France’s Loire river and, in this case, to a classy Sancerre that justifies its £2 premium over the same winemaker’s Pouilly Fumé.

Enjoy then the chalky substance to 2017 Tesco Finest Sancerre (normally £13 but £10.40 on this promotion and 12.5%) as well as the wine’s smooth apple and white peach fruit and its nippy citrus influenced acidity.

Staying in France for some bubbles 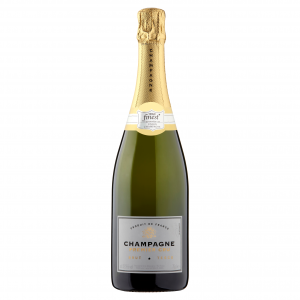 Tesco’s top non-vintage champagne is usually reliable fare at a very fair price and this is no exception using grapes from some of the 44 premier cru villages (out of over 300 in total) mostly, in this case, in the Cȏte des Blancs which is the region’s Chardonnay Central – and probably why that variety accounts for 70% of this blend.

So, luxuriate in the generous mousse of Tesco Finest Premier Cru Champagne NV (normally £19 but dropping to a brilliant £15.20 on this promotion and 12.5%) and the lemon and apple fruit, good acidity and biscuit based substance that it enhances so delightfully.

Finally to a sweet ending 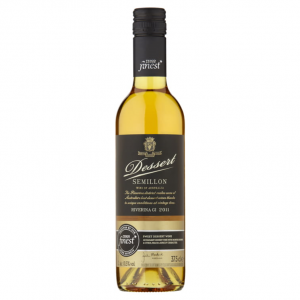 Today’s top tip urges folk to drink more sweet wines and this botrytis driven “sticky” from Australia’s De Bortoli operation is the perfect place for anyone sceptical about my advice to try it out for themselves – along, of course, with a suitable dessert.

With an appealing overall brightness 2015 Tesco Finest Dessert Semillon (normally £6 for a half bottle but dropping to £4.80 on this promotion and 10%) still delivers substantial honey and marmalade flavours but lightened nicely with counterbalancing acidity.

Stepping up the Nero D’Avola ladder

Today’s main feature praises the everyday nero d’avola from Tesco but here is a more elegant version (and, understandably, a pound or two more) from a long established wine merchant who also have an impressive web site.

Note how the ripe and medium bodied 2016 Il Barroccio Rosso Terre Siciliane (£7.95 at www.corneyandbarrow.com and 13%) supercharges its plum and sour cherry fruit with nippy acidity but then adds complexity via a nutty, clove and vanilla background yet avoids pressing the tannin pedal too hard. 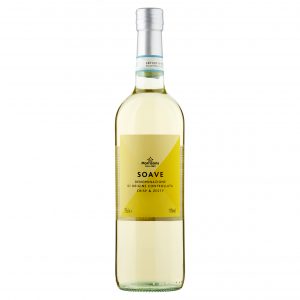 Morrisons also have tasty inexpensive Italian offerings but this one is from the other end of the country –  around Verona, home of Soave wine and the (often undistinguished) garganega grape usually at its heart.

2017 Morrisons Soave (£4.35 at Morrison and 11%), however, is well made fare delivering the wine equivalent of what it says on the tin with mellow apple fruit bolstered by fresh lime and grapefruit acidity.

Tip: Do not skim past the sweet wine section – truly sophisticated stars (at great prices) can be found there which instantly explode all those outdated prejudices about this style.

Perhaps because of wartime shortages (confectionery rationing lasted from 1942 to 1953), our parents or grandparents prized sweet things.

No surprise then that – in days when three spoonfuls of sugar in tea was not uncommon – the initial post-war surge in UK wine drinking went straight to the sweet end of the spectrum.

Possibly as a reaction, the next generation strove hard to distance itself from what their parents drank and switched demand to drier whites and reds.

In truth the problem was never because so much wine sold then was sweet but, rather, because its quality was – frankly – poor.

Nevertheless, sweet wine became a damaged “brand” and, to this day, can be associated by some with a lack of taste or sophistication.

That is ironic because research by an American Tim Hanni MW concludes that the more taste buds you have (and it can range from under 1 000 to 10 000), the more likely you are to enjoy sweeter flavours.

So, let’s consign all those old prejudices to the spittoon and look at what sweet wines do well – appreciating as we do so just what a complex process they involve.

We start with one of its most acclaimed areas, Bordeaux, where sweet wines derive from the so-called noble rot that afflicts a very specific part of southern Graves most autumns.

It can hit any of the main sweet wine grapes grown there (sauvignon blanc, muscadelle and semillon).

The area’s localised night time mists are the primary cause creating moisture that encourages a particular strain of the botrytis fungus on the grape skins – which hot, sunny afternoons then make more virulent. 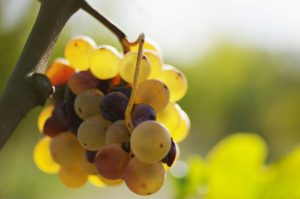 Unlike other examples of rot, however, this does not make the grapes taste nasty but it does draw out most of their water content – leaving grape remnants with very concentrated sugar levels.

These are ideal for making sweet wine even though (pushing up labour costs significantly) the vines may need to be picked through six or seven times to get enough grapes.

Germany and Hungary produce similar wines but there are a number of sweet wines developed by different means around the world.

All, however, are capable of giving us rich and textured wines with ripe tropical fruit and touches of honey supplemented by – in the best cases – a twist of acidity to keep everything fresh and balanced.

So do, please, give sweet wines a place on your table especially when   rich food is being eaten.

For those of us trying to eke a bottle out over 3 nights (not always successfully!), are there some wines that last better than others? An impression here is that younger, unoaked reds are less likely to oxidise. Any thoughts?

Good point Tony ……… I will try to give some thought to how best to tackle that point …….. Best …… Brian