Tasty Wines that Elude Most Radars

Another major promotion is currently underway at Waitrose and runs through until 15 May 2018.

I have given special attention to two items from the list of discounted products as I suspect either might have slipped under your radar.

In addition, though, I have highlighted other wines in the current promotion that I fancy you might enjoy.

Also appearing today is the customary Best of the Rest and a Top Tip by a really impressive guest contributor about what to look out for from New Zealand.

Sardinia's not on many shopping lists 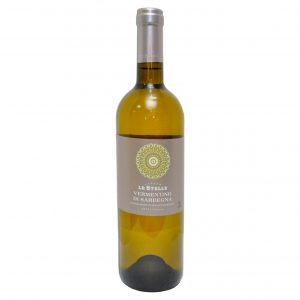 Although the energetic citrus based acidity of vermentino is familiar right across Italy, weightier and more sophisticated versions are largely confined to one or two defined areas. Happily, Sardinia – home to this example – is one of them.

Relish then the fresh, zesty lemon and lime acidity of 2016 Le Stelle Vermentino (£6.49 – instead of £8.79 until 15 May – and 13% abv) but note how those elements are consolidated into an apple centred texture and minty, savoury edge that, nevertheless, also exhibits a suggestion of sweeter spices.

Nor – unjustifiably – is this red 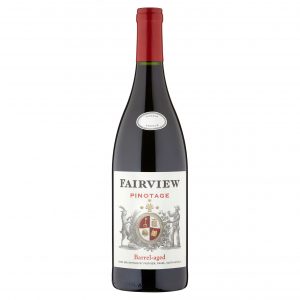 Wine commentators love to hate South Africa’s pinotage – and, in fairness, some vaguely rubbery examples do not help its case – but cosseted by skilled winemakers using low yield bush vines, it can be lovely.

Paarl’s ripe, long and medium bodied 2016 Fairview Barrel-aged Pinotage (£6.99 – instead of £9.49 and 14%) is a case in point with smoky plum and cherry fruit, limited tannin and a mineral background that also admits touches of chocolate, mint and red pepper.

Other good options in this promotion

While this promotion is running, you may like to try these wines that I have enjoyed in the past and, even better, which also have discounted prices until 15 May.

Last week saw World Malbec Day and to celebrate it Tesco dropped the price of this version if you buy two bottles – and live in parts of the UK where multi-buys are legal.

It is not the most sophisticated malbec ever but it is a straight forward, sound example for everyday drinking at an almost give away price.

Medium bodied with firm acidity and limited tannin 2017 Parra Alta Malbec (two for £9 outside Scotland – instead of £5.50 a bottle – at Tesco but only until 7 May, and 12%) has savoury edged but juicy plum and raspberry fruit with gentle spice and chocolate on the finish.

A great price from nearer home 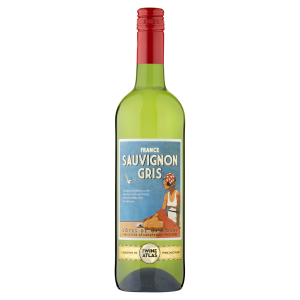 Another price reduction also caught my eye. It applies to this sauvignon gris from Cotes de Gascogne which delightfully illustrates the extra depth and richness secured from the higher sugar levels the variety contains (as opposed to sauvignon blanc).

Sharing aromatics and nettle-like influences with its more celebrated brother, 2016 Wine Atlas Sauvignon Gris (currently £5.00 –down from £5.68 – at Asda but this retailer's offers do change abruptly – and 12%) is its own person when it comes to apple peel based texture and spicy white peach subsidiary flavours.

An ex editor of BBC Breakfast, he is now a wine writer, broadcaster, judge and tasting host and runs the delightful website www.vinosaurus.co.uk.

David was in New Zealand in January and has written six pieces about the trip for his website – including a number of recommendations about which New Zealand wines to buy.

Since we tend to focus predominantly on New Zealand’s pinot noir and sauvignon, I asked him to write on the theme New Zealand is anything but blanc and noir. Here is what he has to say.

One of the things I love about ‘the Kiwi way’ when it comes to wine is that if something doesn’t work out, they’ll waste no time finding out why, and then have another crack at it – there are examples everywhere!

The country’s wine industry is now respected the world over, commanding the best ‘average bottle price’ in the UK of any nation, yet the pioneers chose dubious European grapes like Muller-Thürgau (the German ‘crossing’ of varieties whose crimes against humanity included Liebfraumilch).

Sauvignon blanc has become utterly synonymous with Marlborough, but it arrived there fewer than forty years ago, with some of the early vines accidentally planted upside down.

Martinborough now rivals Burgundy for the quality of its pinot noir, but many of the initial plantings were on the wrong plots and had to be ripped up.

If it all sounds a bit like that Gerry Rafferty song “if you get it wrong, you’ll get it right next time” then beyond the flippancy, the fact is that New Zealand’s winemakers have been admirably relentless in pursuit of improvement. Together with Australia, and California, they gave the Old World a wake up call.

It’s both impressive, and slightly alarming, that nine in every ten bottles of Kiwi wine we import is Marlborough sauvignon. We love it – although I personally prefer the latest subtler styles to some of those grass bombs that we’ve grown used to.

I am also convinced, however, that we’re missing out on some sensational wines that have just the same potential to define the country’s terrific terroir.

I’d encourage you to experiment and I would highlight two particular varieties: syrah and pinot gris. Both are well understood and appreciated in their home market, but haven’t yet punched through here to the extent that they deserve.

A bird of a very different feather

If you search ‘pinot gris’ on the brilliant Jancis Robinson app, it says ‘see pinot grigio’ and that’s part of the problem, I think.

Even with the same grape variety, wildly different wines can be produced – and that results in confusion.

I love Italian winemaking, but I’m rarely a fan of the Italian pinot grigio that makes it onto the UK market. Often it is light, thin and lacking in character (unless it’s from the Alto Adige).

By contrast, pinot gris from Alsace can be a fragrant, golden, rich-textured feast. Happily, the Kiwis are doing it Alsatian-style.

Here are some good examples

On my recent visit to New Zealand, I was thrilled to see plenty of pinot gris in the shops, on wine lists and frequently offered ‘by the glass’.

It’s more of a challenge to sell it in the UK, so it’s harder to find in the supermarkets, but there are some good examples if you go looking. And you should!

With its dark-skinned berries, pinot gris produces wines that range from a golden Christmas bauble colour to a gentle salmon pink.

At the latter end of the rainbow, ‘The Ned’ produce a delicious wine that’s stocked at Waitrose for £9.49. Labelled as a pinot grigio, it’s decidedly gris in style: slightly floral, with ginger spice, decent acidity and a smooth, silky texture, making it the perfect partner for chicken tikka, or Asian prawns. The same wine is currently £7.99 on a Mix Six deal at Majestic.

The creator of ‘The Ned’, Brent Marris, is the man behind ‘Three Terraces’ Pinot Gris, £8.50 from The Wine Society. Also from Marlborough, it’s rich in ripe pear and nectarine, with a generous finish that makes it ideal for a slightly spicy Asian stir fry.

For syrah, head to the Hawkes Bay.

When I reported back from the region, I described it as New Zealand’s ‘fruit bowl’. Everywhere you go, there are wafts of ripe summer berries. It’s justifiably high on most tourist itineraries, with a selection of fantastic winery restaurants, like the excellent Elephant Hill.

As the adoption of the French name suggests, New Zealand syrah is far closer to Europe than Australia, which chooses to call it Shiraz.

Whilst the latter tends to create big barbecue blockbusters, the Kiwi wines have more of the peppery, perfumed perfection of the Northern Rhône.

Winemakers love syrah because it speaks so fluently of its terroir – nowhere more so than on the Gimblett Gravels. Granted, it’s not the most romantic-sounding place, but if you’re not yet familiar with this stony former river bed, then you soon will be: along with nearby Bridge Pa, it is rapidly establishing a worldwide reputation for fine wines.

Finding it in the UK can be a challenge

Despite that, I have found it harder than it should be to find on the shelves, although good independent specialists often stock it.

Once again, The Wine Society comes up trumps, with Trinity Hill Hawkes Bay Syrah 2016, great value at £13.50. From one of the region’s winemaking pioneers, John Hancock, it’s intense, rather than powerful, with the wildness of foraged blackberries, rose petals and a hint of cedar.

Or try Waitrose Cellar for Craggy Range Syrah, at £21.99. It’s a delicious mix of blueberry, blackberry and Rhône-esque ‘garrigue', with a smooth smokiness from well-integrated oak.

For a treat, head to Corney and Barrow’s website, for Steve Skinner’s Elephant Hill Reserve Syrah 2013 (£31.75). From a gloriously warm vintage, it’s an exquisitely composed blend of ripe black fruit, wild herbs and spice, with smooth tannins and great length.

Once you’ve had New Zealand’s ‘take’ on syrah, or pinot gris, I guarantee you’ll be back for more!

Many thanks for picking this up Stephen.
I confess t’was I that messed up but a new (and accurate) list of recommendations now appears on the website …… Best ….. Brian

Thanks Brian and further thanks for doing what you do! Regards Stephen

As ever, thank you for your welcome piece of weekly writing that I do enjoy receiving. And more thanks for publishing something from a guest contributor. As you rightly say David Kermode’s article is engaging and thoroughly entertaining.

Living in the frozen North I don’t have a Waitrose where I can just pop in for the odd bottle unfortunately, but you remind me that something from Asda’s Wine Atlas series might be worth checking. I might have had it already from over 2-3 years ago when they first came on shelf and I worked my way ‘through the card’ back then. I need some items from their excellent frozen shellfish range, almost the only supermarket here to do clams so I might have pretty authentic Spaghetti Vongole, left in their shells as was first served to me 30 years ago in Italy! The Sauvignon Gris could be put to good use there then with mix and match Italy/France.

Many thanks, Eddie, for you kind comments about David’s and my contributions to this week’s post.

I understand the point about Waitrose stores in different geographic locations but Waitrose Cellar is a very reliable online service with a wider range of stock than most physical stores.

As for that Asda wine, there are indeed some great value options in the Wine Atlas range. Sauvignon Gris could be a brilliant companion to that dish and not one I would have considered automatically so thanks for the tip ….. Best, as ever….. Brian