Tasty wines at an outlet near you

With their Christmas deals beginning next week in its vast network of shops, the Co-op has slipped in a brief promotion to fill the gap  – and here are some of the highlights it contains.

The discounts end on the first two items on 8 December but continue until the New Year on the other two.

Super stuff at under a fiver

Giving an Argentinean twist to a classic Spanish grape and an (originally) French one has created this crowd-pleasing, great value red to suit the party season perfectly.

Floral and gentle 2015 Hereford Tempranillo Malbec (£4.99 – instead of £7.49) delivers wine with raspberry and red cherry fruit, soft tannins, fresh and lively acidity with a dot or two of cinnamon.

Clever in wine and business 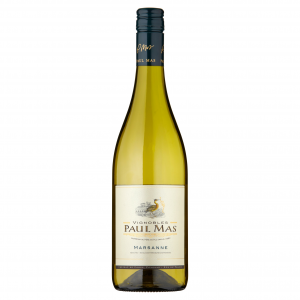 Languedoc’s Jean-Claude Mas is not only an astute business man but an inventive winemaker too and, here, he has used a variety usually associated with the Rhone Valley to create a distinctive and very attractive white.

Appreciate then the rounded, almond touches to 2014 Paul Mas Marsanne (£6.99 instead of £7.99) with its vibrant grapefruit zestiness and the pear, orange and quince fruit that adds depth and richness.

Outriders for the Kiwi vintage

The latest New Zealand vintage (harvested last February and March) looks promising in quality although volumes are down on 2014 – but use this example to judge for yourself.

The typically lime and lemon driven 2015 Villa Maria Private Bin Sauvignon Blanc (£7.49 – instead of £11.25 until 3 January) has crisp green apple crunchiness but complements that neatly with mellower mango based depth.

While sangiovese is – of course – Tuscany’s flagship grape, growers there also use international varieties to help soften some of sangiovese’s less compromising components; here cabernet sauvignon is the chosen partner.

Deftly blended – and non vintage – Villa Nardelli Cuvee Carolina (£7.99 instead of £9.99 until 3 January) brings you intense plum, red cherry and black pepper flavours with lively acidity but only gentle acidity to mingle with the background touches of menthol, vanilla and cinnamon.

In the run-up to Christmas, the focus of the website changes and  I will be suggesting wines and other seasonal things that will help get you and yours into the festive spirit