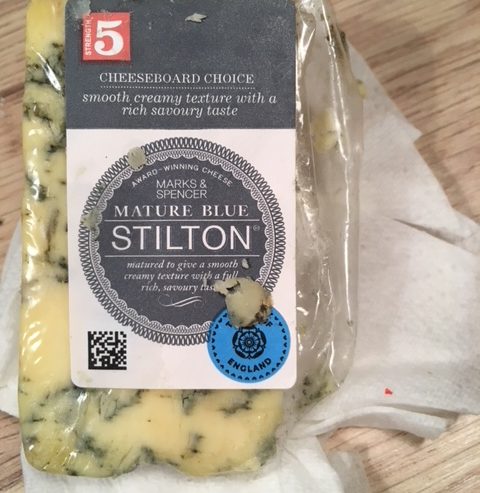 So what really works well with Stilton?

My top tips for festive season drinking resume later this week but, today, I shall take a closer look at partnering an especial Christmas delight – Stilton cheese.

Time was when people believed that adding vintage port to a round of stilton was the thing to do.

Nowadays it is largely accepted that doing so is the perfect way to ruin both components.

In fact, decisions about partnering cheese have recently seen quite radical changes.

Even with, say, mature cheddar white wine is now often regarded as a better companion than red – with chardonnay often putting in a great shift there.

However, finding compatible partnerships for blue cheese can be more elusive – especially for stilton.

Time then to get practical

So I did some Stilton taste testing recently to try to get this right.

First, probably to eliminate it from our enquiries, I tried both cheeses with red wine.

Sadly, even with a (potentially highly suitable) Margaret River cabernet sauvignon, this combination made the stilton taste harsh and metallic.

So what will work?

Sweetness apparently is indispensible. But not any sweet wine – a manseng led French vin doux, for instance, was equally unsuccessful.

Blissful union did result, however, when I turned to Sauternes and specifically to the smooth hazelnut cream influenced Sauternes – 2005 Château de Myrat (£9.70 at Lay & Wheeler for a half bottle and 13.5% abv).

The cheese brought out the wine’s honey and marmalade flavours and intensified its orange centred backdrop.

If wine aging is less important to you than accessibility, then a possible alternative could be the complex 2015 Tesco Finest* Sauternes (£12 for a half bottle and 13.5%) which also has mellow honey and orange influences. 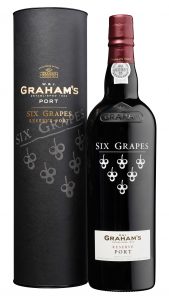 Tradition, however, tells us to marry stilton to port – but, beware, even good tawny ports tend to be overpowered by the cheese.

Success, nevertheless, came – and at a modest price – with Graham’s Six Grapes Reserve Port (widely available around £15 and 20%).

Here the wine’s sweetness restrained the acidity of the cheese while its bramble fruit appeared to take on cherry touches – and its liquorice elements acquired just a little more muscle.

It also works with other port

That success was maintained when the port was upgraded to the delightful, bright 2004 Graham’s Quinta dos Malvedos Single Quinta Vintage Port (usually around £28 at Sainsbury’s and Tesco but sometimes on offer and 20%).

Here the port’s eucalyptus, star anise and caramel touches emphasise the delights the cheese brings to the party while, in turn, giving extra oxygen to the wine’s cherry and clove components.

A word of warning though

Those triumphs with port do not automatically mean that fortified wine with high sugar levels are natural partners for stilton; by no means!

This particular exercise was full of surprises and rather fun so my best advice for you this Christmas is to do a bit of experimentation yourselves.

That is particularly true if yours were among the arched eyebrows when I said white wine works better than red!

Tales of more sweet wines – and another Sauternes – will follow on Friday so look out for the associated email in your Inbox.