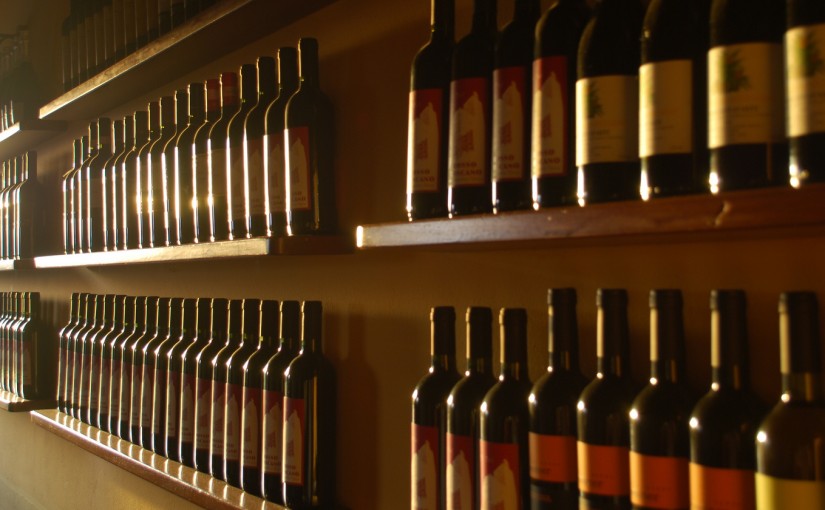 It’s time folks for more Spectrum Seal of Approval awards; my quarterly quest for High Street wines that punch significantly above their price point. My focus this time is the relatively small but keenly priced ranges of the UK’s premium discounters – Aldi and Lidl. Since both have wines that often win awards, let’s see whether we can bestow a few more.

For the first award to a white wine, step forward the equally inexpensive 2013 Cimarosa Chenin Blanc (£3.99 at Lidl) from South Africa. Its characteristic freshness is given depth by the banana and background honey flavours that emerge early on – but quickly acquire enlivening crisp, apple-based acidity. For sure, this is one-sitting white with the slightly confected finish of other “drink anytime” wines but it remains a nicely made and versatile example of a very popular grape variety.

Go up a pound or so and you will encounter 2013 Cimarosa Estate Selection New Zealand Sauvignon Blanc (£5.69 at Lidl) with its vibrant lime-centred acidity that gives intensity to the underlying gooseberry and kiwi fruit flavours. Nevertheless, there is also an orange centred fullness that puts this wine well above comparably priced versions and wins it that Seal of Approval status.

Meanwhile, over at Aldi, two red wines caught my eye. 2013 Exquisite Collection Malbec (£5.99) is a soft, restrained wine with concentrated bramble and black cherry fruit and a tannic twist to vie playfully with the vanilla on the finish. Because it comes from the higher altitude Uco Valley, there is more pronounced acidity in this wine which gives its flavours an extra freshness. Stocks of it are diminishing fast, however.  The other New World star is 2013 Exquisite Collection Australian Shiraz (also £5.99 at Aldi) which is similarly gentle and sophisticated but with a mint and allspice backdrop to its ripe plum and bramble fruit and subtle acidity. This is pretty good stuff now but will be better still in a year or so.

I was even more impressed by 2009 Exquisite Collection Chianti Classico Riserva (£8.99 at Aldi). Naturally, it has all the intense, black cherry power Chianti does well but there is also a fresh red cherry acidity and a particularly attractive mocha finish. Better still, its characteristically chewy tannins skilfully avoid murdering the other flavours – as regularly happens. This really is top wine!

Lidl also have robust Italian reds among its current “while stocks last” specials. For me, the pick of the bunch for current drinking is 2012 Torrebianca Primitivo di Manduria (£7.99) with its relatively light, fruity, basil-influenced bramble acidity nicely rounded out by a clear, but not intrusive, tannic grip. Unlike too many primitivos, the fruit shines though nicely rather than being bulldozed aside by excessive alcohol or tannin – or both.

Given these seven Seal of Approval awards, perhaps it is time for the UK to do as Germany did long ago – and accept that low prices and low quality need not be synonymous.  In reality, wines like these often represent much better value than those ubiquitous half price offers.

2012 Cune Barrel Fermented Rioja Blanco: Spain: 13.5 per cent: Viura is not my favourite grape but, here, it has a beautifully smooth, rich and toasty creaminess that embellishes the wine’s peach and banana fruit nicely without compromising its lively acidity or its pleasing savoury edge. (£7.99 – instead of £9.99 until 11 March – at Waitrose).

2012 Domaine Raynier Saint Chinian : Languedoc, France: 13.5 per cent. Great value red wine from Southern France with a relatively light initial attack of red cherry fruit and raspberry based acidity but with a long and evolving density that brings in elements of mint, white pepper and vanilla. (£5.75 at The Wine Society)