Parcels are not Just for Christmas

Hard on the heels of “limited time and volume” promotions from Lidl and Aldi, Morrisons have also introduced parcels of WIGIG wines.

Judging by their quality, these wines will “be gone” sooner rather than later – and my personal top six from these parcels appear below.

The content neatly underscores what Mark Jarman (Morrison’s energetic Head of Wine Operations) often contends – that the company is especially well placed to access parcels of wine that are too small for other operators to consider.

Top tips and Best of the Rest are combined this time to focus on the latest “25% off when you buy six “promotion from Sainsbury’s.

Where images are available, click on any of the bottles shown for an enlarged picture to help you pinpoint the wine on a crowded display. 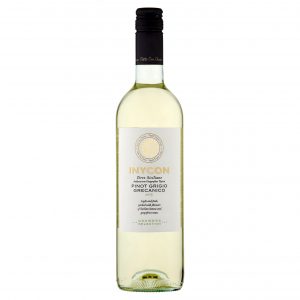 Although the list is particularly strong on reds, let’s start with a white – which, incidentally, will be joined by a rich and tasty £18 champagne next month.

Sicily’s grecanico grape is widely thought to be the same as garganega which, further north, produces Soave – among others.

Certainly, there is familiar fruitiness to 2016 Inycon Grecanico (£5 and 12.5% abv)  which, in this case, gives the wine sharp cooked apple and apple peel characteristics.

That fruit is nicely complemented though by distinct minty touches and sweet edged spice influences.

For a sister wine among the reds opt, I suggest, for another unfamiliar Sicilian variety but, in this case, a full, robust one – at a fantastic price.

There is real depth to this wine which also has mint, vanilla and cinnamon components but surprisingly mellow tannin.

Not many people know this grape variety

Next we cross the southern part of Italy to Puglia for another substantial red.

The Malvasia Nera (part of an extensive family of grapes) also appears in Piedmont and was a common blending partner for sangiovese in Tuscany – but other varieties have usurped that role nowadays.

Relish then the minty, loganberry and blackcurrant depth of 2016 Masseria Pietrosa Malvasia Nera (£6.50 and 13.5%) where the tannin is firm – but in proportion to its energising acidity.

Next a red with rippling muscles

For the final leg of our criss-crossing journey through Italy, we head to Campania for a red from the acclaimed Piccini outfit.

Aglianico vines produce some of the weightiest and most powerful wines in Italy but – because they ripen late – they do need warm and dry locations.

To experience the intensity of this variety for yourself, seek out the smoothly structured 2013 Genesi Aglianico (£8 and 14.5%) and the depth of its full-on blackberry fruit.

Those flavours are accompanied by suggestions of coffee, eucalyptus and cloves with surprisingly gentle tannin influences. 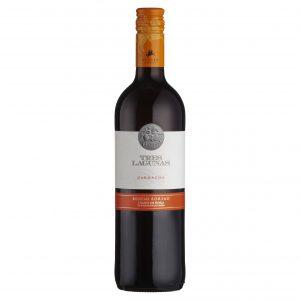 So, let’s leave Italy and head for Spain – and a different set of grape varieties.

When you head south from the prime tempranillo vineyards of Rioja we hit Campo di Borja where garnacha is king – especially in its hillier sites.

Its nutty, blackcurrant fruit is enhanced by good acidity and suggestions of chocolate but the tannin level is pleasingly benign. 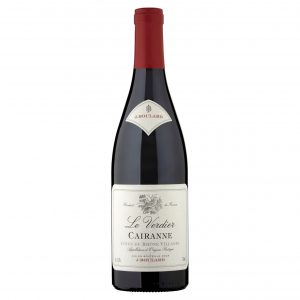 Finally then to France’s Rhone Valley for, I would argue, the very best of what is an amazingly good and affordable set of wines.

Cairanne has recently been promoted from Cotes du Rhone Villages to Cru status and this grenache with mourvedre blend helps to illustrate why.

The bramble and cherry fruit in 2015 Le Verdier Cairanne (£10 and 14.5%) has both smoothness and real softness.

All that, though, is delightfully integrated with nippy acidity, contrasting herbal influence and mild tannin.

I can offer little better advice today than to head off to Sainsbury’s any time from 8am this morning until next Tuesday for another of their hugely successful multi-buy discounts.

The offer's conditions – and Sainsbury's suggestions about what to use it for – appear in the box at the foot of the column (which, again, can be enlarged by clicking on the image).

Usually, like Sainsbury's, I would also suggest opting for “double discounts” but this time I am taking a different route.

Instead, I have listed six great value wines – all with ongoing prices of £7 – and would urge you to explore all, or any, of them.

Thanks for these recommendations. The Inycon Grecanico and Perricone are now even better value. Morrisons seem to be charging £4.48 for both bottles instead of the previous £5.00 in this new offer.

Thanks for the tip Murray – even better news as both were already pretty good value in my book. Let us know how you enjoy any you buy ….. Best ….. Brian