The retailer's (to me) slightly haphazard approach to promotions limits the exposure this column can give to Morrisons wines.

Nevertheless, as the shrewd Mark Jarman – their ‎Head of Wine Operations – points out, Morrisons often pick up tasty wines available in too small quantities to satisfy the nation’s biggest retailers.

Certainly, their range of wines coming in store for summer lend support to that argument – but judge for yourself with these examples that particularly impressed me.

Today’s post also includes a Best of the Rest feature along with a special Top Tip which looks at how the next generation of wine drinkers view the world.

Summertime and the drinking is easy 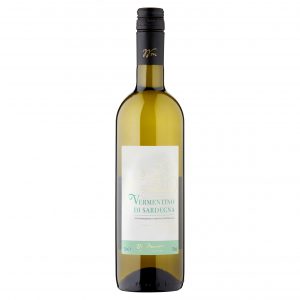 Rather like the arrival of house martins, savouring a glass of vermentino often seems a clear signal of the onset of summer.

The grape (a somewhat coy and bashful rival to sauvignon blanc) grows all over Italy but seems to prosper in Sardinia – home to this particular version.

True to form there is tongue prickling acidity to 2017 The Best Vermentino: (£6.50 at Morrisons and 12.5%) but this is nicely complemented by apple and greengage depth yet real summertime freshness. 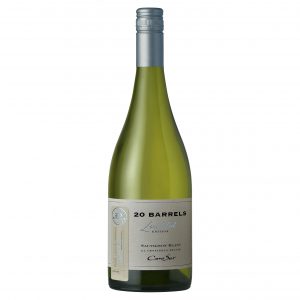 If the gentle tingle of vermentino on your taste buds is too subtle for you then try this “full on” and intense (slightly more expensive) sauvignon – not from New Zealand but from Chile’s coastal influenced Casablanca Valley.

Ripe, rich and smooth 2017 Cono Sur 20 Barrels Sauvignon Blanc: (£12 and 13%) has aromatic gooseberry and lemon fruit with apple centred depth and that perception of sweetness that mocks the mere 3.4 grams per litre of residual sugar it actually contains. 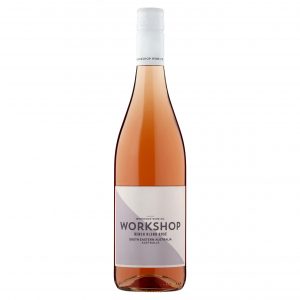 Workshop wines see Morrisons working directly with Australian growers and winemakers around the blending table to tailor wines to what customers seem to enjoy most. This rosé has been fashioned from shiraz, negroamaro and the muscular aglianico.

That joyful grouping of grapes in 2017 Workshop Bench Blend Rosé (£5.75 and a powerful 14%) provides ripe raspberry and red cherry fruit with good acidity but embellishes it all with a depth that contains appealing savoury spice constituents. 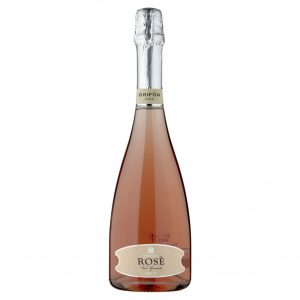 Such is the success of prosecco that it largely overshadows all other Italian sparkling wines – which is a pity, especially given the quality of this merlot-led option from Veneto.

Remember though that, counter-intuitively, Extra Dry is sweeter than Brut and can have up to 17 grams of sugar – although this one has only 12.

Behind the red currant and cherry fruit of Sacchetto Grifon Rosé Extra Dry (£7 – instead of £10 from today until 12 June – and 12%) there is genuine depth that sits easily with the wine’s nippy acidity and active mousse. 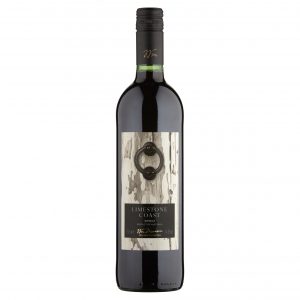 In his steer towards promising regions in Australia last week, Kym Milne MW told us that “some of the lesser known regions such as …….Limestone Coast offer very good value for money” – and here is evidence to support his contention.

Relish the good acidity and limited tannin in 2017 The Best Limestone Coast Shiraz: (£7 and 15%) which underpins its medium textured, plum, cherry and blackberry fruit  and the mocha with sweet edged chocolate hints that accompany it. 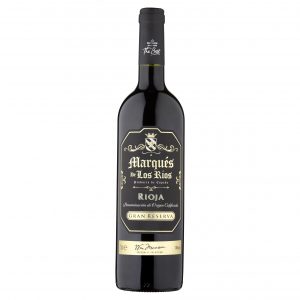 Baron de Ley make some terrific wines to grace UK High Streets but this gran reserva (ie had at least 5 years aging of which two were in oak) is truly excellent.

Aromatic with soft tannin, 2012 The Best Rioja Gran Reserva (£12 and 14%) has cocoa and clove imbued cherry and blackberry fruit enlivened with surprisingly good acidity for wine of this age.

If the budget will not currently stretch to the orchard fruit and mineral components of  Felsner Moosburgerin Grüner Veltliner (£8.99 – instead of £11.99 until 5 June at Waitrose and 12.5%), the retailer has other options for inexpensive summer drinking. 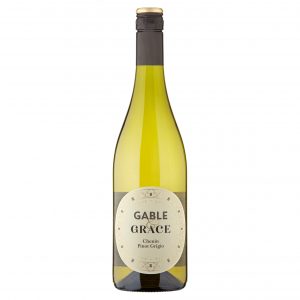 Classic textured banana touches shout out from Gable & Grace Chenin Pinot Grigio (£5.49 instead of £8.49 during the same period and also 12.5% ) but that foundation is nicely tempered by firm lemon acidity and suggestions of mint and herbs. 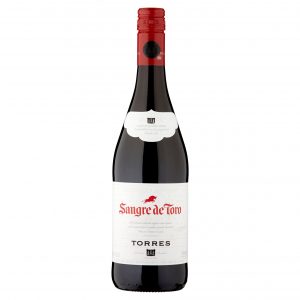 Also on offer at Waitrose is the Torres family’s familiar and ever reliable Spanish blend of garnacha (grenache) and carignan which has been producing consistently good fare for years now.

Snap up then the soft 2016 Torres Sangre de Toro (£5.75 – instead of £7.69 until 5 June and 13.5%) with its gentle tannin, firm acidity, suggestions of liquorice, aniseed and lavender all wrapped in a bramble and raspberry overcoat.

What to do to appeal to younger drinkers? Marc Williams is the Wine Doctor who (when the demands of being a hospital consultant allow) is a wine enthusiast trying to encourage other “thirty-somethings” along a similar road through his popular Instagram and Twitter accounts. Here is his story.

It was 2009 – I was in my fourth year of medical school and my fridge alcohol stocks generally consisted of beer and my knowledge of wine did not extend much beyond whether it was red or white.

My girlfriend (now wife) decided one weekend that she would buy tickets for a wine tasting event in Manchester. Being the dutiful boyfriend, I happily obliged – instantly receptive to the idea of getting tipsy on all you can drink for £15.

The reality was little different and I sampled a vast number of reds and whites – with a monster hangover to show for it the next day.

However, amidst that process of wine indulgence, I did actually listen to what the wine folk were saying, and remembered finding it very interesting. If only I could remember what it was!

Being more disciplined next time

Suitably spurred on, I signed up for another wine tasting event, if only to satisfy my curiosity about the gems of wisdom I had missed the first time around.

The next time, I remained far more disciplined and actually began to enjoy the learning process and found (to my surprise) it scored much more highly than drinking to the point of inebriation.

So, my passion for wine began. With every event, book, article and wine advisor discussion that followed, I began to learn more and build on my knowledge, to the point that I am now slightly obsessive about wine.

I constantly annoy my wife talking about it and think she might even regret the day she purchased those first wine tasting event tickets.

How does that look today?

A few years on and I am now a thirty (something) year old hospital consultant and self-confessed wine enthusiast and have managed to persuade a few friends to join me in this passion for fermented grape juice.

There is certainly a generation of “young professionals” who are developing clear tastes for wine, perhaps opting to stay in on a Friday night with a bottle rather than venture out to the pub. A far cry from the beer drinking generation I came from.

This got me thinking recently about what younger people nowadays want from wine and how this differs from the older generation’s tastes.

With the recent meteoric rise in gin and craft beer sales the wine industry has a tough job competing for attention in the younger drinker market but wines like Prosecco, Argentinian Malbec, New Zealand Sauvignon Blanc and Pinot Noir win many young friends. They offer fun filled, fruit driven flavours that are easy on the palate and very accessible.

But let's test that out with a poll

I decided to get a bit more scientific about it, though, and conduct a quick text poll with my “young professional” friends, to find out what it is they look for in a wine.

First and foremost, value was an important factor with most looking on average to spend between £7-10 a bottle. However many would happily splurge £10 or more on a bottle if the wine was particularly highly regarded (e.g. award winning), good quality or for a special occasion. Perhaps this was a sign of a growing trend amongst young professionals to drink ‘less but better’.

Comments included “I’d rather spend decent money on a bottle then get something cheap and nasty that will give me a hangover in the morning”.

Indeed, they quickly discovered that stay at home drinkers have a better chance of enjoying time with friends and family – certain that what they are drinking is above par to the local pub’s offering (with the exception of designated wine bars of course).

What else ticks boxes?

Interestingly, we young professionals also place a high regard on aesthetics. The all round experience is very important, from how the wine bottle looks, to the glass it is poured in and the atmosphere within which it is drunk.

… and what is still work in progress?

However, a number of my friends lack confidence in choosing a wine and fear to branch out from their tried and “tasted” comfort zones. When going out for meals, they still glance over the wine list and quickly hand it over to me to make a decision on the best wine for our meal.

Taste and aroma are obviously important to young professionals but a significant wine knowledge gap prevents them from knowing exactly how and where to find it.

I’ve made it my mission to fill that gap – but in the succinct and clear cut way that lends itself so well to Twitter and Instagram. Do feel free to follow me (and invite others to do so) on Twitter (@the_winedoctor) or on Instagram (@thewine_doctor). I would love you to join me in my journey into the world of wine that I am discovering more about every day.

Thanks, Marc …… So,part of the answer seems to be maximise flavour, keep everything pretty, be succinct – the way social media is – and make special efforts to build confidence in folk relatively new to the often confusing and daunting world of wine. But Marc's Instagram and Twitter contributions will tell you much, much more – so go take a look!

A very interesting article, The Wine Doctors insight on the younger generations wine drinking trends is very interesting as i myself find choosing the right bottle sometimes a mind field, sometimes i think acidity ratings may help when choosing, i also believe the temperature that wine is served at is also very important.

Good points Lucy. A book being recommended in this Thursday’s post has some useful things to say on temperatures so do stay tuned on where to buy it at a discount. …. Best ….. Brian