As I mentioned before Easter, a new Sainsbury’s promotion starts this morning and runs through until 1 May.

A neat piece of re-invention 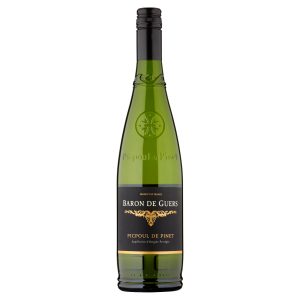 When vermouth sales started to decline a while back, Languedoc growers had to re-think what to do with the grapes from  (almost) seaside vineyards that, until then, had largely been used for Nouilly Prat (which I still love btw).

The result of that re-invention process was that the sea-food loving Picpoul de Pinet became a major focus of attention.

For a good example, seek out 2016 Baron de Guers Picpoul de Pinet (£7 – instead of £8 until 1 May and 12.5% abv) with its gently perfumed, crisp apple and pear fruit, modest sweet edged texture and – above all – zesty acidity. 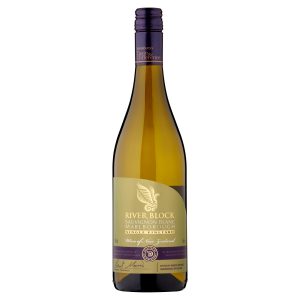 Marlborough’s Southern Valleys – and the Waihopai Valley is one – tend to have heavier soil than elsewhere and can produce restrained versions of sauvignon blanc that tone down the piercing acidity prevalent in other parts of Marlborough.

So, Brent Marris (of the Ned fame) brings us that valley's almost Loire like 2017 Taste the Difference Riverblock Sauvignon Blanc (£8.50 – instead of £9 and 13%) with its soft herbal pear and lime fruit, pink grapefruit texture and firm – slightly grassy – acidity.

And for a red. 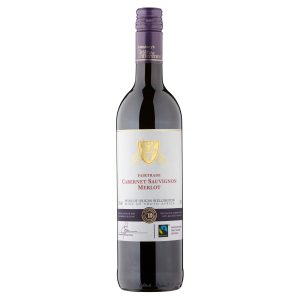 With many of the “designed for early consumption” reds from 2016 beginning to taste a little tired, it is good to see this South African take on the classic Bordeaux blend (which also contains soupcons of cabernet franc and petit verdot) still shines brightly and is as fresh as the proverbial daisy.

Soft and smooth 2016 Taste the Difference Fairtrade Cabernet Merlot (£6.25 – instead of £7  and 13.5%) has firm acidity and well balanced tannin to support its plum, cherry and cranberry fruit with suggestions of aniseed, chocolate and mint sailing alongside it.

Elsewhere in this promotion

Other options in this promotion (which seems stronger on whites than on reds) that I have enjoyed include:

Good to see that a white I praised last year has seamlessly moved onto a new vintage (in some although not, yet, all) stores but still captures those qualities that make this classic Austrian grape special – even though this one is actually sourced from Hungary!

Revel in the fresh lime acidity of 2017 Majestic Loves Gruner Veltliner (£5.99 when part of a mixed six and in Scotland or £6.99 otherwise  at Majestic and 12.5%) and the soft, ripe, red apple fruit it contains – combined with a floral, white peach texture.

Apologies folks but I missed this out when commenting last time on the current WIGIG Lidl offer.

That would be a crime because it is not often you get merlot (rather than garnacha) led wine from Catalonia’s seriously slate influenced Priorat region – especially at this price point!

Predictably, then, the vanilla, clove and liquorice imbued 2014 Vinya Carles Crianza (£5.99 at Lidl and 14%) is much lighter in texture than typical Priorat and has only limited tannin but the trademark dark and savoury spine is still clearly in evidence and works well with the wine's floral plum fruit and associated sweeter spices.

Make sense of classification in Bordeaux

When I referred to a “First Growth” Bordeaux property recently, I was asked to clarify what the classification system there is all about.

Well, with thousands of wine producing properties in Bordeaux even 200 years ago, pressure (from the Emperor downwards) grew for a classification system.

Consequently, led by the region’s wine brokers, a “top 60 or so” list was created in 1855 featuring red wine producing properties on the prestigious left bank of the Gironde.

Inclusions were largely based on the selling prices each property’s wines were then attracting.

That list was split into five divisions called “growths” each ranging originally from 5 to 17 members but, crucially, there was no promotion or relegation between those “growths”.

Indeed there have been only a handful of changes in the Classification’s 160 year history.

However, about ten years ago, an unofficial attempt was made to test its 21st Century validity (again based on selling price criteria). The mildy surprising conclusion was that relatively few properties have changed positions by more than a few places.

While this 1855 Classification is not, strictly, a quality based league table, there are obvious connections between price, demand and quality.

Those at the top of the list work hard to stay there and the prestige associated with working for one of them helps them attract and retain some of the best people.

While the prices these chateaux command put such wine beyond the pockets of mere mortals like us, few can doubt that the 1855 Classification system gave Bordeaux an excellence driven aura.

The trickle-down effect of the resulting quality orientation has benefitted the whole region as, for example, First Growth winemaking techniques spread and, especially, when team members decide to work elsewhere – or branch out on their own.

Nowadays, however, some wonder whether changes in which vineyards belong to which chateaux and the rise of vintage specific scoring systems makes the 1855 Classification less relevant than it used to be.