Another Lidl promotion begins today – just in time for Bank Holiday drinking – and here are my choices from the 25 or so wines it contains.

Other content includes the usual Best of the Rest recommendations plus a Top Tip on what to read next – which also includes a handy discount for MidWeekers.

As ever, click on the images shown for a larger picture that will make it easier to find the wine in the store.

A gem from an underestimated region

Vinho Verde inevitably conjures up pictures of light, fresh, fun wine but the northern edge of the region in particular makes more serious fare such as this gem from the grape we probably know better under its Spanish name – albariño.

See what I mean with the ripe and sweet edged 2017 Portal do Minho Alvarinho Vinho Verde (£5.99 and 12.5% abv) that imposes lively tangerine based acidity on the wine’s familiar herbal and minty depth and apple centred fruit.

Blame David Kermode for highlighting – a few weeks back – what a different proposition wine labelled as pinot gris is when compared to the ubiquitous pinot grigio; here is another chance to sample a good illustration.

New Zealand brings us, then, the clean, acidity charged 2017 Winemaker's Selection Gisborne Pinot Gris (£6.99 – £7.99 in Scotland – and 13%) which has a dash of chardonnay and gewürztraminer aboard and seems to use it to add depth and an edge of peach to the more customary apple and grapefruit flavours.

Rosé on the rise

It may be my fancy but the quality of entry point rosé available this year seems to be improving significantly and this admirable blend – from a classic French rosé region – centres on the usual red Rhone suspects (GSM) plus a touch of cinsault.

Enjoy then the substance and savoury edges of 2016 Les Gourmandises Tavel Rosé (£6.99 – £7.49 in Scotland – and 13.5%) and the agreeable liaison they strike up with the wine’s raspberry and red cherry fruit, gentle acidity and spicy hints.

Saint-Chinian in Languedoc, with its unusual geological mix, seems to generate a distinctive style of wine often, as here, with a discernible lightness – attained in this case despite employing a grape variety assemblage comprising 50% syrah, 30% grenache and 20% carignan.

A rising star for value and skill

Portugal’s Alentejano region – close to the long border with Spain – is rapidly acquiring an excellent reputation for well made and good value red wine even though we have to learn local grape names like trincadeira to understand it fully.

Aragonez (20% of this particular blend, as opposed to trincadeira's 40%) is, however, better known as our old friend tempranillo.

Concentrate on the result though rather than the ingredients and you will surely enjoy the soft cherry, raspberry and red currant fruit on display in 2015 Almocreve Tinto Reserva (£5.99 – £6.99 in Sctoland – and 13.5%) and the gentle tannin, firm acidity and suggestions of vanilla and fennel that accompany it.

That grape variety strays much further from its usual homeland popping up here in Australia and given a little extra power by the addition of 15% ruby cabernet – a cross between carignan and, fairly obviously, cabernet sauvignon.

Classic soft, cherry fruit is the foundation of 2016 Marco Tempranillo (£7.99 and 14%) but this is impressively supplemented by touches of cocoa, vanilla and cinnamon enlivened by good acidity but accompanied by only limited tannin.

Finally to a Sweetie

No Lidl promotion would seem complete without a well priced (and often unorthodox) dessert wine and today’s candidate is a neatly structured gros manseng from France’s Cotes de Gascogne.

Half litre but no half measures in quality

With one eye perhaps on health issues, smaller volume bottles seem to be getting more prominence and this 50cl Italian white is well worth seeking out – and, to my taste buds, noses comfortably ahead of its partner merlot.

So, enjoy the aromatic and textured 2017 Certo Garganega Veneto (£3.99 for 50cl at the Co-op and 11.5%) with its apple and melon fruit, gentle lime acidity, hint of almond and undercurrent of sherbet and grapefruit.

Moving away from supermarkets

Part of the demise of conventional High Streets is attributed to more people buying online and wine is no exception – so do take a look at the fare on offer from retailers like Corney & Barrow (who, incidentally, do not call their virtual shopping trolley a cart but, rather, a barrow – nice one guys!)

Despite modest tannin and a light texture, there are classic pinot touches to their Romanian 2017 Sanziana Pinot Noir Recas Cramele (£7.95 at www.corneyandbarrow.com and 12.5%) which include earthy raspberry fruit, floral rose influences, a cola and baking spice backdrop and a hint or two of blood orange.

Tip: Get this real aid to expanded drinking pleasure. 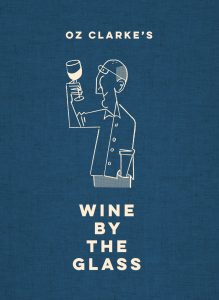 As though prompted by Marc Williams (a.k.a. The Wine Doctor) and his point last week about “significant wine knowledge gaps”, Oz Clarke has just brought out a new book with a cover that states specifically “No previous knowledge required”.

His Wine by the Glass (£9.99 at Pavilion Books) really does begin at square one with the suggestion that, initially, you should concentrate on just six grape varieties, six countries and twelve helpful wine words.

Slowly, the book expands from there into winemaking , blending, current wine trends heading for a section entitled “Trading up” and, ultimately, onto “Becoming a Geek”.

All is delivered in that classic easy-going Clarke “the man on the next bar stool” style yet equally illustrates that he is not just a good communicator (using on-the-nail but succinct phrases like “Australians are the great democratizers of wine”) but is also one of the UK’s best actual tasters.

The experience thus gained enables him to list regions that are just becoming trendy as well as those that optimise value for money.

Happily, I have persuaded the publishers to make this handy “dipping in and out” guide available to MidWeekers at a really helpful 20% discount. So, to buy a copy of Oz Clarke’s Wine by the Glass for only £8.00 (including free UK p&p)  just call 0141 306 3296, quoting reference CH2020.

This is the last post before legal changes require all online operations to abandon their old subscribers list and secure specific agreement from members to joining a new one. If doing so has slipped your mind, open up one of our reminder emails and follow the very simple instructions it contains.

After today, I cannot send you emails without that specific consent.