Lidl has Egg-citing Treats for Easter

Lidl’s Easter promotion begin today and offers just under 40 different wines from £4.99 – although my recommendations start at £5.99.

Once again there is an excellent balance between quality and value while the focus continues to be on Europe – although a few more Italian wines are featured this time, including a delightful Brunello de Montalcino.

As before, I am also telling you about a couple of good value wines from other retailers.

Enjoy then the sharp and lively acidity behind 2015 Muscadet Sevre et Maine (£5.99 and 12% abv) and note the contrast it provides to the wine’s grapefruit and quince fruit and the substance that envelopes it.

But enduring stories also have a place

Meanwhile – but perhaps with more substantial fish dishes in mind – white burgundy still has a brilliant story to tell and this well priced example perfectly illustrates the basic building blocks that underpin its ever-popular style.

Mellow and smooth, 2015 Bourgogne Hautes-Cotes de Beaune (£9.99 and 13%) has attractively fresh lemon and tangerine fruit nattily counterbalanced by hints of butter and spice.

So does bold experimentation

Now that albarino from Galicia has its feet firmly under the wine scene table, variations are beginning to emerge; with this one, very unusually, oak has been given a role to play.

That oak has introduced depth (and some aniseed influences) to 2015 Rias Baixas Barrica (£7.99 and 12.5%) without dimming the wine’s lively apple acidity or the white plum elements that accompany it.

Half bottles but no half measures in quality

Of the two orthodox champagnes in this promotion, I preferred this one (in handy half bottles) to the Premier Cru version (at £16.99) but those who value depth over liveliness may, of course, take a different view.

An energetic mousse gives impressive vigour to Champagne Brut Premium (£9.49 for half bottle and 12.5%) which is intensified by the vibrant acidity that embellishes the wine’s lemon and green apple fruit and supporting suggestions of brioche.

Lovely example of an old friend

Switching to reds, we move to Italy for an ever-present on most Italian restaurant lists – but not many, I suggest, show off the corvina quite as gloriously as this classy but very kindly priced version.

Classic nutty and sour cherry flavours abound in 2013 Valpolicella Superiore (£6.99 and 12%) where they are neatly integrated into a smooth but substantial texture containing a touch of nutmeg but wrapped in more restrained tannin than many Italian reds.

High and rugged, Saint-Chinian can often be thought of as “Languedoc Plus” and its wines have a distinctiveness and appeal that (rightly) win them many plaudits.

There is real softness to 2015 Saint-Chinian (£7.99 and 13.5%) and the cherry, damson, vanilla and cinnamon flavours it contains – enhanced, rather than overshadowed, by measured tannin and lively acidity.

Lidl’s very first promotion of this type was dubbed the “claret offensive” so today’s collection would not be complete without contributions from Bordeaux – and, for me, this one (narrowly) gets ahead of the other two on the list.

Traditional mint and vanilla components surface early in 2013 Pauillac (£11.99 and 13%) but the fruit is more cherry and loganberry than I expected (although that in no way diminishes its appeal) and it certainly harmonises well with the wine’s mellow, spicy backdrop.

Tuscany’s Montalcino has something of a micro-climate and that may be the reason for the lengthily aged and very different style of sangiovese it produces (and calls Brunello). Although these days much less of it is actually “brown”, wine from hereabouts remains one of the Italian classics.

Luxuriate in the nutty, vanilla depth of 2010 Brunello de Montalcino (£15.99 and 15%) with its bright cherry and mulberry fruit and skilfully balanced tannin levels. 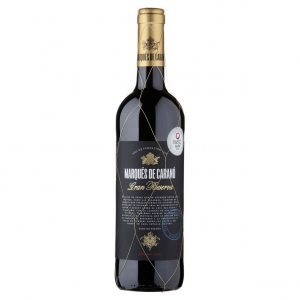 I praised this Gran Reserva from Carinena, rather than Rioja, about 18 months ago but, with this promotion, it remains one of the best value reds currently available and shows no sign whatever of passing its “sell buy” date anytime yet.

Indeed, there is still really spritely acidity to 2008 Marques De Carano Gran. Reserva (£4.50 – instead of £5 until 9 April – at Tesco and 12.5%). That liveliness nicely augments its plum, raspberry and sour cherry fruit and the accompanying mocha, cinnamon and vanilla touches. 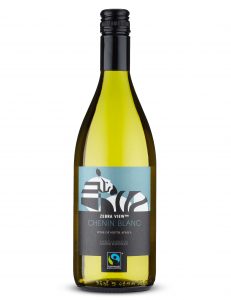 As the true potential of chenin blanc has been appreciated (especially by South Africa’s producers like this one) so the quality of many versions has taken quantum leaps even at modest price levels.

See that progress in action with the aromatic and textured 2016 Zebra View Chenin Blanc (two for £12 – £6 a bottle in Scotland – instead of £8 until 24 April at M&S and 14%). Its red apple and banana fruit is deepened by peach and melon ripeness yet kept fresh by zesty lime acidity.

Hi Brian
Love the sound of the Albarino , as you say unusual to find oaked ones ( I am partial to a bit of oak) . The Burgundy might well find its way into my basket as well, along with the St Chinian.

*Whilst talking St Chinian, I tasted a very nice bottle from the Co-op the ‘Les Hauts de Saint Martin Saint Chinian 2015’ ( at £6.99 a real steal) needed a little time to open up but well worth the wait.

Thanks for the heads up, Dave; the Co-op really is an unsung hero. While we are down in that part of France – and it is a bit more money -but I found their 2013 Domaine les Grandes Costes Pic Saint Loup (£14.99) absolutely stunning. It has bright, perfumed, loganberry and cherry fruit and touches of clove to tantalise the taste buds.