Although the current Co-op offers run for a little longer than usual it will end on 7 February 2017.

Before then, however, take a look at the deals on several honest-to-goodness wines that this frequently under estimated retailer has put together – often demonstrating that a pound off an already fair price can be preferable to some spurious half price offers.

Click on any picture for an enlarged image to help you find the bottle in a crowded display.

Before I come to the stand-out wines in this promotion, here are a couple of names I have featured (and praised) before that thoroughly deserve another day in the sun.

For any poor blighters doing a Dry January, there is also a 50p reduction on Eisberg Non Alcoholic Sauvignon Blanc (which drops to £2.99 during the promotion). 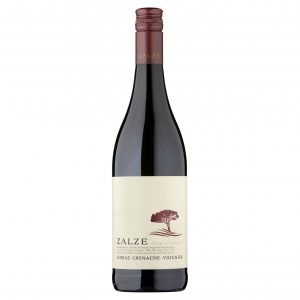 To me, however, both the stars this time are Southern Hemisphere reds, starting with a decidedly Rhone-style blend from the always impressive Zalze team in South Africa’s Western Cape.

Enjoy then the full, floral and gentle tannin of  2015 Zalze Shiraz Grenache Viognier (£5.99 – down from £6.99 and 14.5% abv) with its plum and loganberry fruit, fresh acidity and underlying suggestions of nutmeg, herbs, chocolate and mint.

Depth and power without sharp elbows 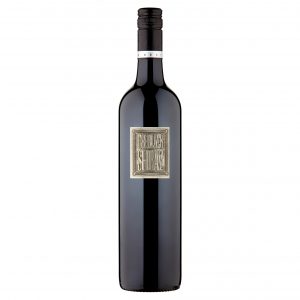 A few pennies more bring you a thoroughly modern Aussie shiraz with depth and substance that nevertheless avoids being shouty and overly assertive.

Blackberry, cassis and elderberry fruit provides the dominant force in 2015 The Black Shiraz: (£6.49 – down from £7.49 and also 14.5%) but that is neatly counterbalanced by touches of cinnamon, vanilla and black pepper, supported by good acidity – yet with only limited tannin.

Best of the rest 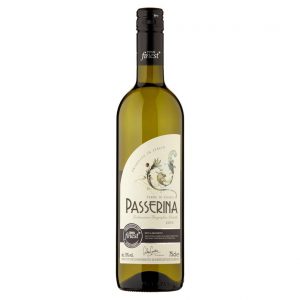 Elsewhere on supermarket shelves, look out for one of those Italian white grape varieties that almost went into terminal decline but has recently been revived and given a new lease of life – in this case in Terre di Chieti.

I was struck by the unusual flavour combination in 2015 Finest* Passerina (£6 at Tesco and 13%) which brings together pear drop acidity, textured ripe peach and pear based sweet edges, floral aromas and a savoury finish. Do give it a try to see what you think.

Yes; £7 Californian pinot – do not adjust your set! 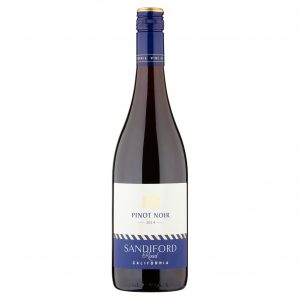 For a red, opt I suggest for a remarkably attractive entry point Californian pinot that is great value for money but is now in the last week of its promotional price.

Bright and perfumed, 2014 Sandiford Road Pinot Noir (£6.69 – down from £8.99 – until 24 January at Waitrose and 13.5%) provides appealing red cherry and raspberry fruit and a sweet yet slightly earthy finish but with minimal tannin.

Hi Brian
I’m a big fan of wines from the Co op, just recently tried the ‘Truly Irresistible Bio Bio Valley Malbec’ dense but still bright and fresh and very easy to drink and for £6.99 a real bargain.
The Zalze and Black Shiraz you mention are both sitting in my rack, still to try the ‘Black Shiraz’ but I have tried the Zalze before and enjoyed it.
I will try and get a bottle of the Californian Pinot before the offer runs out.
Salud
Dave