Good Results and Wine to Match

Despite today’s troubled markets, the Majestic Group has done rather well recently.

Partly driven by good results in their Naked Wines arm, the group returned to profitability and increased overall sales by nearly two and a half percent.

So this is a good time to look at the wines on offer at the biggest component of the Group – the Majestic warehouses that feature on or near so many High Streets.

The lower of the two prices shown below is for a mixed six (and for Scottish stores) while the higher price is for single bottles elsewhere in the UK.

Also featured today are two sound Best of the Rest wines and the regular monthly look at Sunday Best options for days when there is just a modicum more cash available.

Muscadet back on song

Partly through climate – but mostly through determined winemaking – Muscadet is now firmly out of the doldrums and again producing lovely white wine with all that luscious depth.

Although the South African wine industry is becoming increasingly innovative in the fare being produced, it is good to see that the “day job” has not been neglected because this inexpensive chenin from the Western Cape is as good as ever.

Pleasingly, 2017 Acacia Road Chenin Blanc (£5.99/£7.99 and 12.5%) contains  an impressive marriage of those classic red apple and honey elements  with slightly more complex factors such as peach and pear fruit, firm lime acidity and a nutty depth.

This, however, may be unfamiliar

Quite unusual to see Basque wine in the UK but perhaps the success of albarino has stimulated interest in other wine from Spain’s cooler seaboard regions – and this one has long been a favourite among visitors to its homeland.

Savour the floral red apple fruit that permeates 2017 Rezabal Txakoli Txakolina Getariako (£9.99/£11.99 and 10.5%) and the good acidity, spicy background and white plum depth that accompanies it.

Good to see this “limited availability” parcel from Nelson in New Zealand’s South Island that features a grape with more substance but less assertiveness than its hugely familiar brother.

Note, in particular, the sweet edged apple based texture of 2016 Elara Sauvignon Gris Waimea Estate (£9.99/£11.99 and 13%) with its suggestions of herbs, lime acidity and savoury hints that neatly embellish its finish.

Tasty shiraz from a family affair 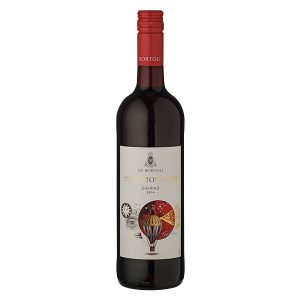 It is now 90 years since the De Bortoli family emigrated from Italy and started making wine in Australia. The current (third) generation are behind many carefully crafted wines like this classic but inexpensive red.

Deceptively light in colour, there is real depth to 2017 The Astronomer Shiraz De Bortoli (£5.99/£6.99 and 13%) and to the smoky blackberry, plum and black cherry fruit  it contains – along with sharp acidity, hints of vanilla and cinnamon but only limited tannin.

The blenders of Bordeaux score again

Here is an excellent example of very successful Bordeaux blending that has a 60% merlot component at its core but embellishes it with 30% cabernet sauvignon and, to give extra colour and structure, 10% petit verdot.

See the results in 2012 Z de Tienpoint Bordeaux (£7.99/£9.99 and 13%) where the blackberry fruit is accentuated by the region’s classic leafy aromas and graphite minerality – all accompanied by good acidity, touches of chocolate and vanilla but pleasingly gentle tannin.

Merlot provides an ever bigger proportion of our next (monster) red from Washington State – at the top of America’s western seaboard – where merlot does well providing, of course, there is sufficient water which is a major problem for the state.

Big and bold, 2015 H3 Merlot Horse Heaven Hills Washington (£14.99/£16.99 and 15%) has vigorous acidity to enliven its plum and cherry fruit (with surprisingly little tannin to obscure its contribution) coupled with clove and liquorice influenced depth.

Majestic are big champions of Sicilian wines and this is an especially good example of the island’s use of the appassimento technique (dehydrating grapes by drying them to increase the concentration of the resulting wine).

I loved the perfumed perception of sweetness at the core of 2017 Luna Argenta Appassite Rossa (£10.99/ £14.99 and 13.5%) and evident in the wine’s soft, ripe bramble and damson fruit which is nicely supported by nutty plum stone flavours and firm tannin.

Light and gentle does it on sunny days

Freshness and softness abound in 2017 Rosàrio Branco  (£4.99 at Lidl while stocks last and 10.5%) to underpin its floral lemon and orange elements, firm acidity and faintly herbal edges.

And here’s a pinot to match

Heavy and high alcohol wines do not show well (or do you much good) during very hot weather so why not head instead for this inexpensive pinot noir –  a Vin de France category wine that can use grapes from more than one  of the country’s tightly defined area.

Smooth and with suggestions of rose petals, Vignobles Roussellet Pinot Noir (£4.49 – £4.69 in Scotland – at Aldi and 12.5%) centres itself around soft red cherry and plum fruit that is supported by good acidity, vaguely sweet edges, hints of chocolate, cinnamon and vanilla but little tannin. 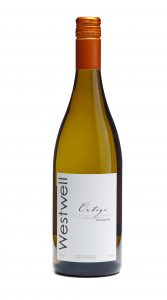 Our English option stays with the sparkling wine producer we featured last time but looks at a still wine they also make.

It is instructive how the climate this side of the channel gives grapes such as Müller–Thurgau and its offspring (like Ortega) the burst of acidity that flabby versions of yesteryear often lacked.

See that effect at work in the textured greengage centred 2016 Westwell Ortega Classic (£12.95 at www.westwellwines.com) and 11.5%) with its pink grapefruit acidity accompanied by suggestions of mint, apple, elderflower and under-ripe melon.

Not many people know about this grape 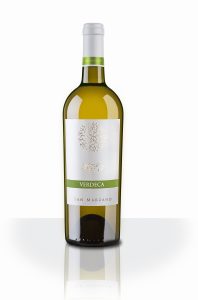 Verdeca grapes are not well known here – although some contend it is a verdicchio variant – but this relatively inexpensive example from Italy’s Puglia region impresses me sufficiently to claim a place in June’s Sunday Best selection.

This one, however, is a firm favourite 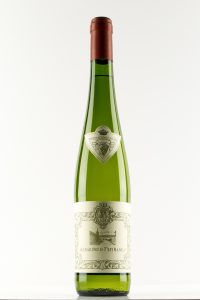 By now, we are pretty familiar with the distinctive properties of entry point albarino from Spain’s Rias Baixas region but invest a little more (as this version requires) and you move several rungs up the ladder towards finesse, complexity and all-round quality.

Enjoy then the pithy, herbal depth but savoury quinine hints of 2017 Fefiñanes Albariño, Rías Baixas (£16 at The Wine Society and 13%) that mingle agreeably with its greengage and green apple fruit, lively lime based acidic prickle and tropical fruit ripeness.

Own label sparkle to savour 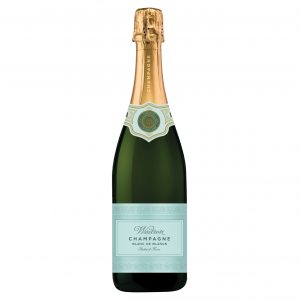 For the bubbles, you can do little better than head for Waitrose and their own label Blanc de Blanc (code for 100% chardonnay of course) that is currently on promotion.

True to form there is a chalky depth to Waitrose Blanc de Blanc Brut NV Champagne (£17.99 – instead of £23.99 until 10 July – and 12.5%) which also has a soft texture yet just the right level of lemon and apple fruit judiciously balanced with lime acidity.

New, but able, kids on the block

Domaine Gayda is an up and coming organic vineyard in Languedoc which combines modern winemaking techniques with an irrepressible enthusiasm for the region’s traditional grape varieties.

Cinsault joins syrah in 2015 Gayda En Passant Rouge (£13.95 at www.whitmoreandwhite.co.uk and 14.5%) to create red wine with plum and loganberry fruit, firm acidity, gentle tannin and suggestions of chocolate, aniseed and a crack of black pepper.

A new retailer for us

Years ago, Davy’s wine bar in High Holborn was a favourite watering hole so it is good to be able to feature their retail operation and some of the tasty wines they have sourced – like this sumptuous Rhone from north west of Avignon.

Soft but with a well judged twist of tannin 2016 Domaine des Carabiniers Lirac Lunar Apogé (£18.95 at www.davywine.co.uk and 13.5%) delivers structured plum, bramble and blueberry fruit with firm acidity and hints of sage, juniper and mocha.

Finally to Italy, where talk of the nebbiolo grape usually leads straight to Barolo but, with a terroir that seems less likely to produce heavy tannins, Barbaresco is an appealing  – yet often under-appreciated  – alternative from almost next door.

While there is some chewy tannin in 2010 Terre da Vino Barbaresco Riserva (£18.99 at Waitrose and 14%) it is never intrusive and integrates well with the wine’s cherry and bramble fruit , excellent acidity and the menthol, clove and vanilla components that support it.

Hi Brian
Must sing the praises of Txakoli (pronounced Cha-Ko-lee), if in northern Spain order a glass at the bar and watch them pour it from a height, it’s real theatre and the wine itself is surprisingly good with its searingly bright acidity, very refreshing and reasonably light in alcohol. Great to see it on sale in the Uk

Thanks Dave. Praise indeed from such a great Spain enthusiast.