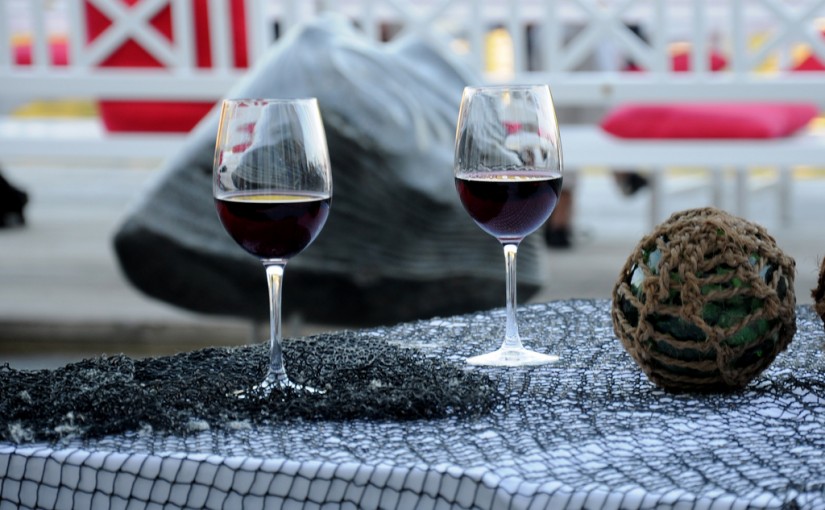 Even allowing for taste buds de-sensitised by the higher alcohol levels, it is obvious that some of the whiskies destined for next Saturday’s Burn Night celebrations match haggis better than others. Most successful alliances seem to avoid excessive smokiness or dominance but do contain elements of spice and sweetness – often courtesy of ex-sherry casks.

But, whisky is not just our national drink, it is also one of Scotland’s major commercial successes. The consequent dynamism creates a steady stream of new expressions – and 2013 was no exception.

Among those newcomers, the best haggis match I could find was with Tamdhu 10 Year Old Speyside Single Malt (£32.95 at Waitrose Online) which was released to celebrate last year’s re-launch of the Tamdhu distillery. Its central theme is a rich undercurrent of butterscotch but that never becomes overly assertive because of the whisky’s soft and creamy texture and the balanced citrus finish that keeps everything fresh.

Superficially, my haggis matching guidance may argue again Islay and the Islands but Jura Superstition (£31.80 at Tesco – although Asda has had it on offer) actually works well with the dish. Probably this is because it is a combination of two spirits (one with little or no peat). The resultant marriage seems to moderate the power of any peat influences by merging them into barrel induced honey and toast flavours and an orange centred edge of sweetness.

Even more of a challenge to my broad guidance comes from Islay’s Kilchoman Machir Bay (£39.99 from www.kilchomandistillery.com). The initial classic peat and iodine aromas suggest there is too much intensity here for haggis but, on the palate, the whisky’s gentle creaminess and its touches of pepper and tobacco restrain that vigour very effectively.

A continuing trend during the year was the excellence of the blended whiskies now being created. Not all work with haggis but one that does is Johnnie Walker Gold Label Reserve (£44 in some Sainsbury’s stores or £41.15 at www.drinksupermarket.com). The magnificence of Blue Label reminds us that the “Striding Man” logo often signifies blending skills at their zenith and this affordable version is also skilfully woven, while its smooth warmth – embellished with honey, heather, and constrained smokiness – confirm its credentials for the Toast to the Haggis.

Another good blend – albeit one better suited to later toasts – is Gordon Graham’s Black Bottle Blended Scotch Whisky (£19.95 at www.thewhiskyexchange.com). This has been re-launched in its original 1879 opaque bottle and with less emphasis on peat in its make-up. The result is a balanced dram with woody aromas, smooth – slightly sweet – flavours and touches of heather and contrasting cumin.

Other whiskies more suited to other toasts than as a companion to haggis include. Glengoyne 12 Year Old (£36.80 at Waitrose) This has generous helpings of vanilla and warmer spices that are enlivened by citrus and mellow orchard undercurrents yet still yield up attractive (and quite soft) suggestions of caramel on the palate. I also greatly enjoyed Talisker Port Ruighe Single Malt (£43.25 also at www.thewhiskyexchange.com) and its predictably salty, lapsang tea components that, nevertheless, are shrewdly counterbalanced  by treacly depth and touches of damson and prune – derived, no doubt, from the port pipes used for its finish. Equally, for something rich, robust (at 50% abv) and very exclusive (only 234 bottles produced), look out for the delightful barley sugar and clover touches of Old Malt Cask Bunnahabhain 11year old (£89.99 atwww.whiskyshop.com ).

2012 Alsace Signature Gewurztraminer: Turkheim, France: 13 per cent: For me, gewürztraminer is the haggis grape with a spiciness that resonates well with the dish itself yet – in this award winning version – there is just a spot of apricot sweetness to add some welcome contrast. Finally, the unusually impressive freshness is given depth by the wine’s lychee centred texture.  (£7.99 at Morrisons).

2012 Cotes du Rhone Leon Perdigal: Southern Rhone, France: 14.5 per cent. Grenache, which is the major grape in this blend, can also work well with haggis so try this soft and youthful red next Saturday with its slightly earthy cherry fruit and vanilla backdrop that are given verve and freshness by well judged acidity. (Currently £6.99 – against a list price of £9.99 – at Majestic.)