In the debate whether Rioja or Ribera del Duero represents the pinnacle of Spanish red wines, a small, mountainous area south west of Barcelona seldom gets a look in. That, however, sells Priorat seriously short.

The soil there is llicorella – a dark coloured, porous mixture of slate and quartz – which, in combination with a very low rainfall, produces low yields but high quality carignan and grenache grapes.

At their peak, the resulting wines are powerful, mineral influenced guys but they do tend to be expensive. Those prices are high because output is small but nowadays more and more land there is being dedicated to grapes and good value versions are starting to emerge.

Where do I find it?

Sainsbury’s had a good one a year or two back but their recent examples have, to me, been less impressive. However, 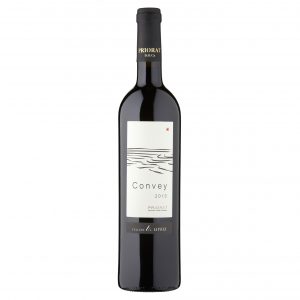 Morrisons did recently source one at just under £10 that I really like.

Best news of all

The wine –2013 Convey Priorat – has rounded raspberry fruit with sharp acidity, surprisingly soft tannins for the area and appealing supplementary flavours of vanilla and clove.

Try some and see what you think.

And …. stand by for the next Lidl promotion – which starts on Thursday. Everyone signed up for MidWeek Wines emails will, of course, have details in their Inbox first thing that morning.

Thanks Brain. I will certainly be looking out for this one!

I had a cracking bottle of red from Portugal Douro region at weekend from Tesco only £4.50! Bargain. I don’t know much about Portugal wine though so was wondering would you be able to tell me anymore or have any recommendations I could try? Thanks

In last Saturday’s Scotsman Magazine, your fellow writer RMB featured wines made from the Albarino grape.
A few months ago I bought a case of Albarino Rias Baixes form Aldi’s Exquisite range. For the price of under £6 it was a steal, but when I looked on their website it’s no longer mentioned.
This is a great pity – do you know why it’s been dropped?

Fred
PS: I see your address is Auchencrow. I’d wager that you visit the Craw Inn regularly….Trevor’s wine list is excellent and jolly good value. His real ales are not bad too!

Good to hear from you Fred and sorry to be a bit tardy in replying. Several of the wines at Lidl and Aldi in particular are short-term parcels and are sold through quickly. The same thing happened to Aldi’s Albarino last year and is more a reflection of demand than the wine’s quality – I agree with you that this is excellent fare indeed. Majestic do, however, have a couple of Albarino’s that are well worth a look …… Best …… Brian

Hi Brian
Just to let you know I bought a bottle of Convey and I was pleasantly surprised.
Full of bright fresh cherry fruit, quite a hit of mouth watering acidity, as you say mild tannins and showing some vanilla.
This really was , for the price, dare I say it , quite elegant wine and I will be back for more.
Salud
Dave