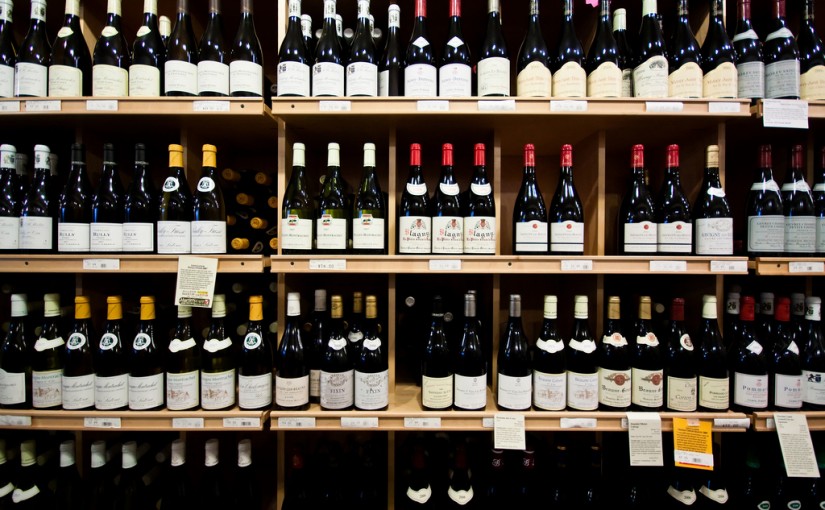 DUNDEE is changing. Gone are the days of jute, jam and journalism and instead we find the “City of Discovery”, centred around computer games, medical research and a regenerated waterfront.

Since Victorian times however the pain of any such changes has been greatly soothed by the wines and whiskies of the City’s own Aitken Wines.  Today, with the firm celebrating its 140th anniversary, there’s still a family member in the business – Brian, the fourth generation Aitken to be involved. Since 2007, however, the main hand on the tiller has been that of Patrick Rohde who, for example, has overseen the inception of the Broughty Ferry branch – to give an additional showcase to the wines available at their Annfield Row operation.

Maintaining the business’s long standing links with Dundee’s broader activities, Rohde has also introduced some excellent wines from Wurzburg – Dundee’s twin city in Germany – including some bottled in those squat, bocksbeutel flasks traditional associated with wine from that Franconian region.

First up is a 2012 Bürgerspital Würzburger Scheurebe Kabinett (£12.99), a soft and light wine with delightful fresh and floral aromas. Germany’s “kabinett” wines are especially delicate and are often served as aperitifs. Everyone originally thought the Scheurebe grape was a cross between Riesling and Silvaner, but scientists now credit an unidentified local grape (rather than silvaner) as its mother. No matter its parentage, here Scheurebe gives flavours of peach, all-spice and hints of grapefruit-based acidity (a bit like Argentina’s Torrontés) but with a gentle edge of sweetness that will work well with oriental food.

Also in a traditional flask is the 2012 Bürgerspital Würzburger Rieslaner Spätlese (£16.99), that really is a locally created cross between Riesling and Silvaner. Late harvest or “spätlese” wines are riper than kabinett, but there’s no cloying sweetness here. Instead it is nicely rounded, with hints of citrus on the nose giving way to red apple, a backdrop of lime and a suggestion of honey on the palate.

While Riesling may be queen of the German whites, Pinot Noir – “Spätburgunder” thereabouts – is the king of the reds. The 2009 Bürgerspital Würzburger Spätburgunder & Domina (£18.99) brings in another local variety, domina, to create a wine with beautiful Burgundian, cherry and raspberry notes on the nose. Happily, both fruits carry through onto the palate to be joined by characteristic, earthy beetroot flavours and hints of cinnamon and nutmeg. Nevertheless, the texture is much lighter than French pinot and that effect is accentuated because, here, the tannins are largely worked through.

Germany isn’t the only place outside Burgundy making sound Pinot Noir, however, as the 2012 Ca di Alte Pinot Nero (£7.99) on Aitken’s shelves testifies. Plum and raspberry flavours come to the fore and mingle agreeably with cinnamon and mint in this very pleasant Italian version. This is good entry-point pinot noir with attractive fruit aromas and lively acidity, along with typical Italian drying tannins.

Also occupying a starring role is 2011 Dandelion Vineyards Pride of the Fleurieu Peninsula Cabernet Sauvignon (£11.99). There are dark fruit aromas on the nose here with blackcurrant and plum flavours – and a hint of chocolate and black pepper – on the taste buds. Nicely proportionate tannins and the density that unfiltered wine often brings, complete the picture. Having spent 18 months in oak, the finished article also has an attractive vanilla backdrop that neatly rounds out this satisfying and well made Oz red.

2012 De Bortoli Windy Peak Chardonnay: Yarra Valley Australia: 12.5 per cent: After an initial lively burst of lemon acidity, everything settles down into soft and floral red apple and quince flavours with only a gentle toasty backdrop – courtesy of the limited use of oak. (£9.34 – instead of £11.99 for the summer – at Majestic)

2011 Chateau De Rambeau: Lussac St Emilion, France: 13 per cent: A classic Bordeaux blend with typical claret characteristics such as chewy but balanced tannins and a neat graphite backbone yet all balanced by pleasingly soft cherry fruit, fresh acidity and a nutty, vanilla complexity. (£9.99 at www.winerack.co.uk)