9 Great Wines from a Neglected Style

Traditionally, Christmas time is the season for fortified wine but – with notable exceptions – that style does not seem to resonate well with younger generations.

Dismissing the whole genre as passé is, however, a serious case of “throwing the baby out with the bathwater” – so here are my suggestions for fortified wines that will serve everyone well this Christmas.

Since several of the selections are from online operations, I have not supported every wine with a picture this time.

I will focus on the “big two” later but let’s start with a couple of seriously neglected corners of the fortified wine world.

There is more to Madeira than Cristiano Ronaldo

Unlike sherry, madeira still awaits a revival but this sweet yet lively wine – gently warmed by the estufagem procedure – from those lovely vineyards is unjustifiably underestimated by most wine drinkers.

Take, for instance, Barbeito Boal Reserva Madeira (£13.99 for 50cl bottles at Waitrose Cellar – its online operation) which – despite a lighter, more delicate style than many of its peers – has rich, fig and hazelnut flavours shrewdly balanced with touches of orange but enlivened by evolving acidity and contrasting maple syrup elements. 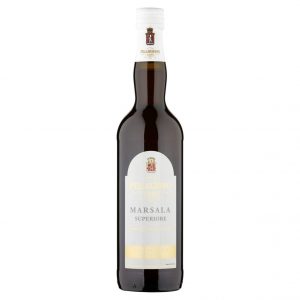 Another “almost forgotten” fortified wine is marsala – the grillo centred sweet wine of Sicily which, sadly, has now largely become merely a component of sauces in classic Italian dishes.

Rekindle the enthusiasm this wine used to engender with the delightfully dark and figgy Pellegrino Marsala Superiore (£10 at Tesco) with its foundation of rich molasses that is skilfully integrated with lively mandarin freshness and hints of prunes, walnuts and toffee. You will be amazed by its quality!

But some fortified wine is trendy!

Next up, though, is fortified wine’s greatest current success story – sherry. If its revival has passed you by start your personal rehabilitation process with (to me) the best entry point version on the High Street.

For more serious sherry drinkers, I have talked to Scottish (and online) retailer WoodWinters who were one of the top three UK retailer from the 2015 Sherry Festival. Here are two of their sherries that impress me.

First a dry one

For bone dry (seafood friendly) versions head for fino and manzanilla styles and, thus, examples produced from the palomino grape grown on the distinctive chalk based vineyards around Jerez.

Along with those traditional flavours the appealingly rounded El Maestro Sierra Fino (£9.50 for a half bottle at www.woodwinters.com) embodies caramel, brazil nuts and savoury spice flavours neatly counterbalanced by a mandarin orange tang.

Next move to sherry at its sweetest.

Now, we switch styles completely to an ideal companion for desserts – dense, almost black, sherries from the pedro ximenez grape.

I am hugely impressed by Fernando de Castilla Pedro Ximenez (£19 for 75cl also from www.woodwinters.com) which combines influences of treacle, figs, dates and mocha with bold marmalade centred fruitiness and, above all, a much less viscous and syrupy texture than lesser versions of PX.

Once we get onto sweeter sherries, our path takes us inevitably to the other fortified wine giant – port.

Even that has its neglected genre – such as white port which, happily, is becoming trendier as an aperitif and, in truth, quality levels have risen too.

Seek out, then, Barros White Port (equates to £14.49 a bottle at www.corkingwines.co.uk) which offers an exciting melange of honey, butterscotch, nuts and mint to combine with apricot and sharp marmalade fruit.

From white to tawny

Another format now receiving more recognition is tawny port with the joys that their barrel (as against bottle) maturation brings to your taste buds.

The major effort to accentuate acidity levels in, for instance, Graham’s 20 Year Tawny Port  shows up clearly in the freshness, zestiness and clarity it displays and which sit behind the more orthodox suggestions of orange, sour cherry, fig and pecan it contains.

Happily, this is now available 20cl bottles at £9.99 from www.vintagewineandport.co.uk.

Next to the classic style of port 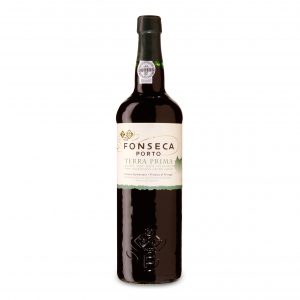 Among the more traditional port styles, I have enjoyed Fonseca Terra Prima Organic Port (£13.49 – instead of £17.99 until 24 January – at Waitrose) with its bright, clearly defined bramble and cherry fruit and accompanying touches of mocha, herbs, vanilla and other spice components.

Finally then to one of the single quinta ports that currently represent such great value – and which is still traditionally made – as this post’s feature picture shows [It is actually from Vargellas and is reproduced courtesy of Taylors].

There is a real lightness to the smooth and cherry centred 2002 Taylor’s Quinta de Vargellas Vintage Port (£27 at Majestic) which has complex chocolate, liquorice and cream toffee elements but then offsets it all with fresh orange based acidity.

So, let’s fortify ourselves this year-end – and stand ready to swim against the tide to enjoy tasty tipples too easily derided by some as relics from Christmases past!