In a change from the usual format, today’s post involves a review of a number of  wines from a specific grape variety and then goes on to award a MidWeek Wines Seal of Approval to versions that impress the most.

This process will be repeated here from time to time with other wines.

Long standing favourite items do, however, figure today with a great value Best of the Rest red and an impressive alternative to white Burgundy.

Remember to take your phone or tablet with you when you go wine shopping and use the picture provided here to hone in on your target.

Background to this award

Once a particular grape variety or style of wine acquires a following, most major retailers start stocking it.

That gives the humble consumer a problem – trying to make sense of all those versions that have suddenly become available.

This review helps solve that problem by assessing High Street examples of a current “go to” red and awarding a MidWeek Wines Seal of Approval to those that stand out.

Background to the selected grape variety

Malbec was originally from Cahors (where it remains a major player) and from Bordeaux but, for over 150 years now, it has been grown in Argentina.

It is largely down to those South American producers that the grape’s ripe, perfumed raspberry centred flavours have become so familiar and popular.

Today’s Seal of Approval then considers Argentinian Malbec  – divided between wines below £7 and those above it – but all representing relatively inexpensive versions from major retailers.

The runner up here – and my top pick from the so-called big four supermarkets – was a young example from Mendoza Central produced by the Argentinian arm of Chile’s mighty Concha Y Toro operation.

2017 Trivento Malbec Reserve (£6.50 – rolled back from £7.98 but that is expected to end very shortly  – at Asda and 13% abv) has really attractive graphite centred texture with soft tannin but firm acidity all of which delightfully underpin its blackberry, plum and loganberry fruit and the hints of baking spices that support it.

Top marks in this section though go to a wine that seems to use the higher vineyards in the more southerly Uco Valley to create an especially delicate option without prejudicing those classic Malbec characteristics.

All credit then to today’s first MidWeek Wines Seal of Approval recipient –  2017 Exquisite Collection Argentinian Malbec (£5.99 at Aldi and13%) where the fruit is  damson and raspberry based but authentic floral, clove and milk chocolate components all shine through brightly despite the daintiness of the wine’s underpinning texture.

And winners in our second section are ….

Go a little up the price ladder and more complex, rounded and concentrated options begin to surface – as they do for the runner up in this “slightly more expensive” section.

I refer to the black cherry centred 2017 Blueprint Argentinian Malbec (£7.99 at Waitrose and12.5%) with its aromatic combination of cinnamon, vanilla, limited tannin and gentle acidity but probably the greatest smoothness of all the options considered.

It was narrowly pipped at the post, though, by an older vintage and one from the Famatina Valley in the La Rioja region to the north of Mendoza city.

So, the other MidWeek Wines Seal of Approval award goes to 2015 Fairtrade Irresistible Malbec (£7.49 at the Co-op and12.5%) with its full, intense damson, blackberry and prune fruit, firm tannin, gentle acidity  and contrasting dark chocolate depth and  floral perfumes.

These two winners, in particular, give you lovely (but discernibly different) examples of what this well travelled grape variety does so well. 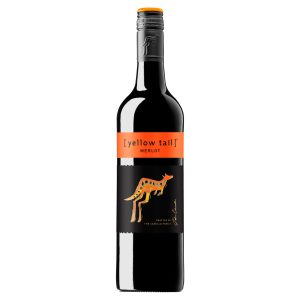 Because they often lack (to me) indispensible depth and texture, I seldom feature branded wine here but this Australian version amply compensates with boldly defined fruit and an excellent array of supplementary flavours.

So, do try the lightish, red cherry and red plum based 2016 Yellow Tail Merlot (£6 – instead of £7 until 20 March – at Sainsbury’s and 14%) with its gentle tannin, good acidity and supporting touches of vanilla, aniseed, cocoa, and baking spices.

A little more money but so worth it

This wine’s genesis was a quest for a “Definition” white Burgundy but the journey actually concluded – and the wine sourced – at Limoux, south of Carcassonne.

Nevertheless, the style is excellent with tasty, but kindly priced, Burgundian influences – albeit a shade more Maconnais than Beaune.

There is, however, a developing toastiness with elements of caramel to 2016 Definition Chardonnay (£9.99 – with a single bottle price £2 higher – at Majestic and 13.5%) which perfectly complements the clean, soft apple, melon and white peach fruit built into its rounded depth and lively grapefruit acidity.

Using that fruity or flowery language

One of the best questions I have ever been asked was how wines acquire those flavours and aromas that nerdy wine folk (like me) delight in describing.

Of course, no one adds actual pineapple or elderberry elements into wine; their presence usually emerges from the winemaking process itself.

I often think of vines and grapes as the mynah birds of the plant kingdom. During the fermentation process, the compounds being produced often seem to mimic the characteristics of an almost infinite range of other plants.

Similarly, contact with wooden barrels during fermentation or maturation can add other flavours beyond those derived from the grapes themselves. Vanilla is a good example – but barrels are not its only source.

Wine writers latch on to those descriptors because the best way to convey the characteristics of something unknown is as a direct comparison with something  familiar.

As a wine drinker, use all such words as a guide to how well what is described fits with wines you know you like.

For example if you like Marlborough sauvignon look out for references to “gooseberry” rather than the “apple or lemon” more likely to be found in the less assertive versions from France’s Loire Valley.

Equally, if you like lighter red wines, ones exhibiting “red cherry or red currant” flavours may be the ones for you. Hearty fare, by contrast, is more likely to offer components such as blackberry, mulberry or other darker fruits.

When you find a wine you like, remembering how it is described is a good way of helping to identify others that you may also enjoy.

Hi Brian
Partial to a drop of Malbec, a couple more to mention that I have been impressed with is the Trapiche Pure Malbec (Co Op around £8 I think) Pure dark fruit with no oak influence and a delight to drink. Also, slightly more expensive but you can find it for less than £10 is the Graffigna Centenario Malbec (Tesco and Waitrose/Ocado).
For a real treat or special occasion (around £12) is the Trivento Golden Reserve, probably my favourite.

All excellent options, Dave. The Trapiche was squeezed out on price but is, nevertheless, tasty fare indeed.

Hello Brian
I am reminded too, by Dave Cronin’s remark, about the Trapiche Pure Malbec at the Co-op. I like that one a lot but will certainly try your recommendation of the Aldi bottle and the sllghtly more expensive Fair Trade one at the Co-op with such a distinctive label. I usually have a bottle or two of the basic Trivento on my shelf sourced any time I see it on maximum discount offer. Just to go back to that Pure, I’ve rarely if ever paid more than £5.99 for it and see it so often in a presentation box as well. I have to go to either the largest local Co-op supermarket, we have around 8 outlets in total near to me, to find the whole range of what they offer, or, there is one place called ‘the village shop’ on a very exclusive ‘millionaire’ housing project that I can be sure will carry the more exclusive bottles and offers from the Co-op, where I last got the boxed-up Pure. Thanks also for the Majestic Definition Chardonnay suggestion. Trying to find anything in the way of white or Pinot Noir style Burgundy tastes at lower money is my current challenge. I have my Santa Rita red from Sainsbury’s but the white is eluding me. Apple, melon and peach fruit never seem far away with lots of bottles, but it’s that toastiness characteristic that is often tough to locate at entry level.

Thanks ever so much for your comments Eddie. Like you I have struggled for Burgundy “taste alike’s” – red and white – given the combines effect on that region’s prices of the pound, low harvests and increased demand. This white ticks boxes for me – as I hope it will for you ….. Best ….. Brian

Just a thought Brian. I know you’ve given good reason for including that Yellowtail Merlot but is there anything else you could offer that’s positive. I mention this in respect of several points I’d make, firstly about any mass produced/marketed wine for a certain customer that may well abound in Britain more than elsewhere where ultra soft, fruity, easy drinking none-tannic sofa wine is concerned, that I just don’t ‘get’ Then full price it is £7 A for an entry level bottle that to my mind should be in the £3.99 category max. whatever the label or grape if it fits my description. Then the Sainsbury’s reviews includes the detractors as well. Not everyone likes it. Finally, have they just stumbled on a good vintage or looking at the website information is it anything to do with these Italians who are involved? My wife btw enjoys a softer wine and Oz pink bubbles too but I never buy Oz anything but a Margaret River Cabernet because even she identified the intense jamminess of such a lot of Oz reds we once did sample.

Thanks for these thoughts, Eddie, and sorry for being tardy responding.
Your summary of branded or commercial sector wine is brilliant. Top priority certainly seems to be producing wine that is consistent, fruit forward and with minimal tannin even if that increases the residual sugar and reduces the texture. Although such wines may not be to everyone’s taste, they would not sell as well as they do if many folk did not enjoy them. By that token, sites like this cannot sensibly ignore them.
My own stance is that I warmly praise those (like this one) that I find well above average and with additional strengths like the aniseed, cocoa and vanilla touches on display here. If enough people offer similar words of praise when justified then it might encourage others in that sector to make similar wine, thus encouraging more drinkers onto the “staircase to depth and complexity”.
A bit optimistic perhaps but then I am a Paris goblet half full kind of chap!