While HSBC may no longer be the “World’s Local Bank”, there is little doubt that – with over 2000 stores – the Co-op is the “UK’s Local Wine Merchant”.

Despite that massive availability, the operation’s wine range is consistently underestimated, so here are three good “toe dipping” opportunities (excuses) for any who still harbour a few doubts.

Classic down to earth Shiraz 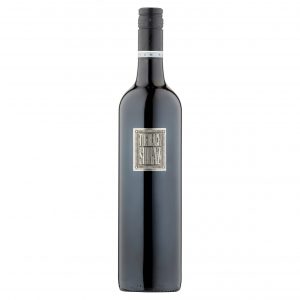 Although Bob and Cherie Berton’s wine operation has now expanded considerably, it originated in Australia’s shiraz capital – the Barossa Valley – and, as demonstrated by this version they make for the Co-op, they still know a thing or two about good shiraz.

Rich and aromatic, 2016 The Black Shiraz (£6.99 – instead of £7.99 until 25 July and 14% abv) delivers bold black cherry and blackberry fruit  but keeps the volume turned well down on the tannin – which allows the nutmeg, chocolate and vanilla depth a clear run at your taste buds. 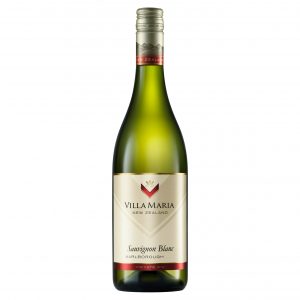 A well known name – this time from the other side of the Tasman Sea – also forms part of the current promotion. 2016 is the fifty fourth vintage since Sir George Fistonich first started out – with a solitary acre of vines.

Familiar it may be but the clean, grassy style of 2016 Villa Maria Private Bin Sauvignon Blanc (£7.49 – instead of £9.49 until 25 July and 13%) still delights with its modest acidity and sherbet lime backbone that appetisingly enlivens the herbal gooseberry and tangerine fruit.

Award winners – and deservedly so! 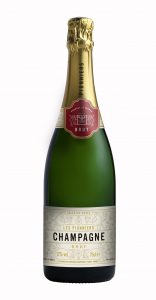 Heading back to Europe, it was good see the Co-op’s house champagne – made for them by Regis Camus at Piper-Heidsieck –  winning gold at the Sparkling Wine and Champagne Awards last week – as did the vintage version. Both were the only supermarket own brand gold awards.

Savour then the lively mousse and underpinning fresh lemon and green apple fruit in the pinot noir led Les Pionniers Brut Champagne (£17 and 12%) which is all carefully mellowed by an impressively balanced, toasty backdrop.

Shiraz again – but in a blend this time

I know that many of you are keen members of the Wine Society and know all about their well priced – and equally well chosen – wines; so here is an especially good value option even by Society standards.

While soft, smooth and medium bodied, 2016 Victory Hotel Shiraz Cabernet (£5.95 at The Wine Society and 14%) also delivers plum cassis and loganberry fruit and supplements it with a creamy cinnamon and chocolate imbued texture.

My spies tell me that stocks of the brilliant Ice Wine Lidl sold at Christmas are being cleared out this weekend – especially in a number of Scottish stores – although supplies are very limited everywhere, but if you are a gambler who will be philosophical if disappointed ……..

2015 Vidal Ice Wine Pillitteri Estates Winery (£5.99 for a half bottle – instead of £11.98 on 15 and 16 July only and 10.5%) brings you minty freshness to mingle with the apple centred acidity and the grapefruit marmalade flavours that defy superlatives.

Now for a new feature

It’s obvious that opened wine has a limited life  – even under refrigeration –   but avoid storing unopened wine in the fridge too. It’s always nice to have a chilled bottle ready to open at a minute’s notice – but you could be jeopardising its quality.

Most domestic fridges are around 6°C cooler than the optimum temperature for storing white wine. After 24 hours or so, that “overchill” will begin reducing the wine’s flavours and aromas  – even worse, the constant vibration of refrigeration motors also inflicts quality reducing damage.

Use a cool, stable and dark cupboard or other place instead.

Hi Brian
I’m still a big fan of the Co op, tasted the Black Shiraz and Villa Maria many times both excellent, not tried the Champagne as yet, will remedy that and head down to my local today and pick up a bottle.
Thanks