Tesco puts a Festival into Easter

Tesco’s Drinks Festival starts today and runs through to 16 April 2018.

It includes discounts on around 120 items ranging from reductions of £1 or so up to the £9 knocked off Lanson Rosé Champagne.

Here are a few from that list I especially enjoyed – along with my usual Top Tip section and Best of the Rest choices.

South Africa’s Bellingham operation does it again with this excellent chardonnay pleasurably enhanced by the judicious and proportionate use of oak.

Predictably then there are oaky aromas, real smoothness and butterscotch flavours in 2016 Bellingham Chardonnay (£9 – instead of £11 until 16 April and 12.5% abv) which all work well with the wine’s ripe apple, pear and white peach fruit, nutty and toffee touches and lime centred acidity.

There is a distinctiveness (usually savoury centred) to marsanne based Rhone whites but this example partners it with viognier, instead of the more usual roussanne, and this seems to make the flavour profile slightly different.

Nevertheless textured quince components still abound in 2016 Domaines & Chateaux White – Domaine Bariol (£7.50 – instead of £9 and 13%) but there are also suggestions of lime, green apple and lemon peel with spice and brioche joining the party too.

Anyone seeking an inexpensive red that will satisfy most tastes for an Easter get together may have found the solution right here.

While there is a lightness of texture and limited tannin to 2015 First Cape Special Cuvee Cabernet Sauvignon (£6 – instead of £8 and14%) that is not reflected in its flavour range which combines herbal, mint and chocolate touches with savoury edged red currant, loganberry and blackberry fruit.

But for something more traditional

Entry point claret can be Goldilocks wine (“when it’s good, it’s good but ……”) so it is nice that this straightforward version from Bordeaux’s celebrated Yvon Mau producer neatly captures several of the region’s trademark characteristics.

So, look out for leafy, slightly vegetal influences and a graphite centred finish in 2016 Tesco  Bordeaux  Superieur (£6 and 13%) which align very successfully with the wine’s firm acidity, cinnamon spiciness and cherry, plum and cassis fruit.

And so to fizz

Versions from Chapel Down are often thought to be the gateway to English sparkling wine so this discount may encourage you to try some if you are yet to do so.

While this example does contain classic champagne grapes – including pinot noir and chardonnay – it also incorporates a proportion of pinot blanc (a variety that often figures in Alsace cremant).

If Chapel Down Brut NV (£19 – instead of £22 and 12%) lacks the acidic bite of sophisticated champagne, it amply compensates with a real softness to its apple, lemon and greengage fruit, crème brulee depth and the supplementary oatmeal centred savoury finish. 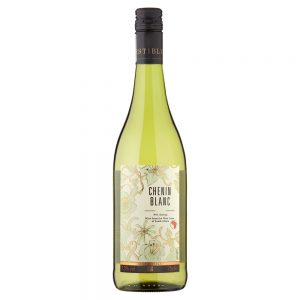 Savour the soft, red apple and mango fruit of Truly Irresistible Chenin Blanc (£6.99 at the Co-op and 13%) along with its bold pink grapefruit acidity, lemon curd texture and hints of honey (yet with saline components too).

Things are never this good in my workshop

The Workshop Bench wines Morrisons are producing contain some great value and typical examples of the grape varieties they feature – as this well-made Australian shiraz eloquently demonstrates.

I especially appreciate the warm, soft, blackberry and damson flavours of 2016 Workshop Bench Blend Shiraz (£5.75 at Morrisons and 13.5%) and the cinnamon, chocolate and olive based depth that accompany them.

Most of us rate value for money highly when buying almost anything – including wine.

Indeed, unearthing wine from around the globe that delivers great value is part of our raison d’etre here at MidWeek Wines – but sometimes navigating crowded wine aisles calls for broader advice.

So, here are three countries or regions that I often find outperform their rivals in the proportion of good value wines they offer.

South Africa: The need to re-construct almost everything when the Mandella years began means a lot of “blue sky” thinking went into modern winemaking there while the country’s currently stuttering economy makes anything that promotes exports a high priority.

Portugal:  Transitions from fortified wines into impressive table wines from the same grapes is one source of good value wines there. More generally, though, Portuguese winemakers (often the younger ones) increasingly appreciate the potential of local grape varieties – and how technology can help them unlock it.

Eastern Europe:  Like South Africa, countries such as Hungary and Romania had to rebuild their wine industry almost from scratch – but the upside is that modern thinking has enabled quality to rise faster than prices in (especially, but not exclusively) Hungarian whites and Romanian pinot noir.

No post next week but I hope to bring you details of the next Sainsbury’s promotion the week after.

I joined your mailing list recently and find your comments most useful. Thank you. I lead a U3A tasting group and we have now moved from ‘mid week’ to ‘Sunday’ wines. It would therefore be good if you could report on these wines more often. It would also be helpful if you gave scores to your wines though I am aware of the disadvantages of this.

Thanks Piers I am glad that the comments are helpful and even more pleased to hear about folk “laddering up”from entry point wines.
I am a bit dubious about scoring systems in themselves but rest assured that little if anything gets on the site unless it would score 88 or more on the most used wine scoring system of 90 for Sunday Best wines.

Enjoy the beak – but your unmissable missives will be missed!

Hey hey – what a brilliant comment and great tongue twister …. Many thanks ….. Brian

Hi Brian
Another great list of wines, anything by Bellingham I’ve found to be pretty good and consistent, along with Boschendal, two of my favourite inexpensive South African wines;
I would encourage anyone to try English fizz and the Chapel down is excellent and at £19 whilst on offer is a steal.
As you mention entry point Claret can be a bit hit or miss but I often find some Bordeaux Supérieur a little bit insipid and often been disappointed especially at this price point.

Have a good Easter
Salud
Dave

Many thanks Dave. As you say, Bordeaux can be unpredictable but there is one I enjoyed coming up on Wednesday’s post that may be worth a look …… Brian