Stage Two of our look at seasonal wines offers you a series of recommended white wines for the Christmas lunch table.

If it's shellfish starter 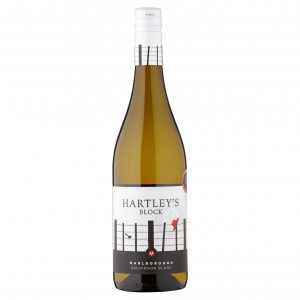 Lighter fish dishes usually work well with sauvignon blanc so let’s begin (unsurprisingly) with one from New Zealand’s South Island. From the Waihopai Valley – one of the more southerly parts of Marlborough – to be precise.

There is impressive, medium bodied lemon and lime fruit with zippy acidity to 2017 Hartley’s Block Sauvignon Blanc (£9.99 at Waitrose and 12.5% abv) which is given complexity by a relatively unusual nutty, but slightly minty, background.

If further encouragement is needed, this is the handiwork of Brent Marris of The Ned and other Marisco wine fame.

You do not normally expect sauvignon blanc from Italy, still less one with definite Marlborough touches, but that is exactly what the Alpine part of the country’s northern extremities provides here.

The finish though is centred around bold lemon and lime acidity with grassy and pea shoot touches – but just a hint of kiwi fruit.

There is more traditional sauvignon too 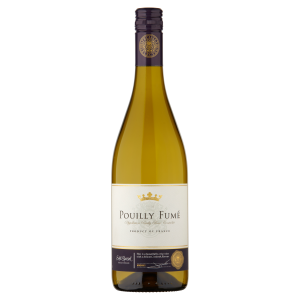 If whatever culinary delights are planned calls for more subdued and graceful sauvignon then, by common consent, France’s Loire Valley is the place to go.

Most major retailers have a respectable version but I have chosen an especially good value option from Asda.

There is a tasty but soft and delicate green apple and lemon superstructure to 2016 Extra Special Pouilly Fumé (currently £11.58 at Asda and 13%) reinforced by clean and clear cut acidity yet with subtle, supporting tropical fruit influences too.

But seafood is not all about sauvignon

Another recognised shellfish companion is, of course, chablis and here is an example I consider – pound-for-pound – to be one of the best current options on the High Street.

Enjoy the sophisticated, textured, melon, pear and red apple fruit of 2015 Finest* Chablis Premier Cru (£15 at Tesco and 13%) which is given heightened intricacy by nettle-centred freshness and concluding hints of spice.

If the food is a little creamier 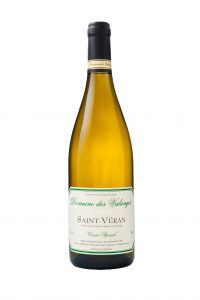 More substantial food often means heading for Burgundy but the price tags of the Cȏte d’Or mean few folk can dally there long – so keep going south for, I suggest, this great value wine from the Mȃconnais.

I am hugely impressed by the mellow and buttery textured 2016 Domaine des Valanges Saint-Veran (£11.99 at the Co-op and 13%) with apple, grapefruit and white plum fruit given a little more verve with pronounced concluding spiciness.

But America can do chardonnay too

For an object lesson in doing oakiness well, seek out this example from California’s Russian River Valley where Burgundian grape varieties really do seem to prosper.

If that style will suit your Christmas lunch table then look no further – especially with the useful discount in the run up to the big day itself.

All those barrel derived qualities (smoothness, softness and toasty vanilla toffee influences) abound in 2015 Frei Bothers Reserve Chardonnay (£12.99 – instead of £17.99 until Christmas – at Waitrose and 14%) where the rich, apple crumble fruit is given lemon peel and white peach freshness accompanied by crème brûlée texture.

Talking of stepping up the texture 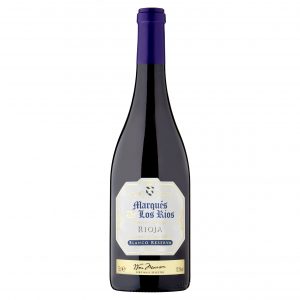 For butteriness of a different sort, head for Spain to sample one of the best reasonably priced white riojas I have tasted for a while.

Who says viura produces pedestrian still wine? Well, I do sometimes! – but this is terrific even if it does get a small helping hand (15% each) from malvasia and white grenache.

Step forward 2013 The Best Rioja Blanca Reserva (£13 at Morrisons and 12%) with firm acidity to add relish to its smooth orange fruit and the sweet edged cinnamon and vanilla finish that supports it so well.

Inject a touch of sweetness. 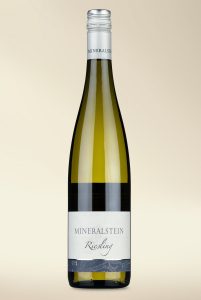 When what’s on the table demands subtle sweetness (as gentle spiciness sometimes does), few grapes answer that call better than riesling.

Modern versions go easy on the actual sweetness (this one, from Germany’s Pfalz region, has less than 10 gms of residual sugar – drier than some Brut Prosecco) so can work comfortably with first courses.

In addition 2016 Mineralstein Riesling (£10 at M&S and 12.5%) has spent time on its lees which adds richness to its smooth, lime based fruit – with exotic suggestions of lychee – and the prickle of acidity that enlivens it all.

Hi Brian
Bought the White Rioja on your recommendation, always on the hunt for a decent one, I will let you know what I think when I get around to trying it.
Also bought the Frei Brothers Chardonnay, I seem to be drinking a lot (and enjoying) Chardonnay atm.
Might save these two for over the Christmas hols.

I think you will like that Rioja and the Californian chardonnay also seems to be winning friends (I had an interesting Twitter exchange about it yeaterday). Either should make good holiday drinking ….. Best, as ever ….. Brian