A new – Spring – promotion has just started in Majestic with some impressive wines for you to relish and take home.

Remember too that there is a newly enhanced delivery service for those unable to get to a physical store.

Except for the Chilean red, these offers are expected to run through until 23 April and the price here assumes you will buy six or more bottles – mixed however you like .

Expect to pay a couple of pounds more if you buy fewer bottles but follow these links to see how the mixed six policy works and the different pricing arrangements that apply in Scotland.

No need to beware this Greek gift.

Surprisingly, given its latitude, Greece produces an impressive amount of white wine and its indigenous assyritko grape can be an absolute star.

See what I mean with the clean and fresh 2016 Lyrarakis Viola Assyritko from Crete (£9.99 and 13.5% abv) which is centred around vibrant lime acidity but supplements it neatly with delicate cooked apple depth.

Keeping it in the family

If you are beginning to tire of the assertive acidity of sauvignon blanc, then take a look at its more subdued but slightly richer brother – sauvignon gris – from Nelson in New Zealand in this case.

Fresh and opulent, 2016 Waimea Elera Sauvignon Gris (£9.99 and 14%) has bright acidity and herbal depth to underpin its gooseberry, apple and quince depth and just a hint of sweetness on the finish.

Some contend that Argentina’s torrontes grape sits somewhere between gewürztraminer and viognier (perfumed and slightly spicy yet floral and ripe) but, if you get a good example, its own unique, distinctive style comes through clearly.

A good case in point is 2015 Vinalaba Seleccion Torrontes Lujan de Cuyo (£7.99 and 12.5%) with a scented, full mouth-feel and sweet edges but there is also bright acidity with a touch of spice and menthol beneath its pear based fruit. 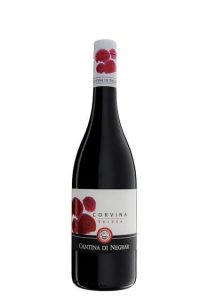 Switching to reds, although Northern Italy’s Valpolicella is usually corvina centred,  it is often blended with other grapes – so this single varietal from a respected producer is a bit of a rarity.

Unusual or not, 2016 Cantina di Negrar Corvina (£7.99 and 13%) is a delight with a lightness of texture and limited tannin but minty acidity to enliven its typical plum and cherry fruit.  Some stores may also have a few bottles of the 2015 vintage left.

Getting deserved recognition at last

This well established producer tends to fly a little below many people’s radar so they often gets less recognition than its classy wines deserve – of late though that seems to be changing.

So, get slightly ahead of the curve with the cinnamon, mint and vanilla influenced 2011 Vina Valeria Rioja Reserva (£9.99 and 13.5%) that skilfully uses those elements to enhance the bedrock cherry fruit, firm tannin and good acidity.

Chile’s Maipo Valley (with its pebbly terrain) has long been recognised as prime cabernet sauvignon country and the versions produced there continue to tick many boxes.

Just a few sips of 2012 Santa Rita Medalla Real Cabernet Sauvignon (£7.99 until 27 February and 14%) will tell you why. Here is classic blackcurrant and mint cabernet with savoury depth, bold acidity, limited tannin and hints of cherry and cinnamon.

Note, though, that some stores may shortly move onto the 2013.

Quality and value in a bottle

Finally to fizz – and a beautiful blanc de blanc from a Champagne house with prime access to top level chardonnay grapes. Snap up this vintage version while stocks last.

Beneath its brioche background 2005 Duval-Leroy Blanc de Blanc Champagne (£29.99 and 12.5%) offers a vibrant cocktail of fruit – running from lemon and grapefruit to apple – yet still sure-footedly, manages to walk the tightrope between crispness and mellowness. Superb champagne!

There are a couple of short-term (14 day) promotions on Morrisons own label wines that are well worth seeking out but dally not, both discounts end shortly. 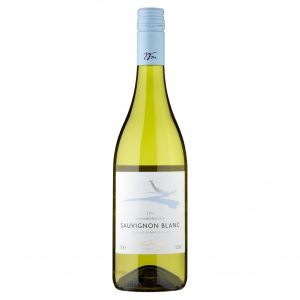 No need to convince MidWeekers about New Zealand Sauvignon but this is a particularly attractive example with a little more complexity than many similarly priced version.

So, seize 2016 William Morrisons Marlborough Sauvignon Blanc (£7 – instead of £8 at Morrisons until 14 February) with its taut grapefruit acidity and grassy, green pepper and ginger touches that neatly underpin its classic gooseberry fruit and peach centred ripeness.

Billy no mates, no longer 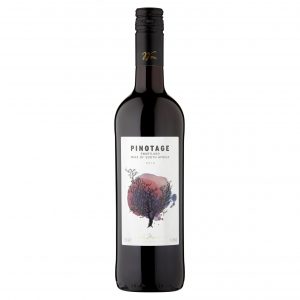 If sauvignon blanc is widely admired, pinotage is decidedly unloved – but carefully produced versions like this are a million miles from the rubber scented bitterness that can sometimes afflict entry point versions.

Sample for instance the excellent (and award winning)  2016 William Morrisons South African Pinotage (£5.50 – instead of £7 at Morrisons until 14 February) which has limited tannin, light texture and bold acidity to support its  sumptuous, bright plum and raspberry fruit and the suggestions of chocolate and cloves that accompany it.

Excellent selection thanks will check out some of these this weekend. The Greek white sounds tasty!

Good to hear from you Marc and thanks for your kind words. Steve Daniel at Hallgarten, who many credit with leading the way towards quality Greek wine, describes that grape (assyrtiko) as “Chablis on steriods”. When in Majestic do use their tasting bar and do tell the staff what wines you enjoy – they love finding bottles you blow you away and at all price points.

Hi guys
Nice selection Brian, The ‘Vina Valoria Reserva’ is now on my ‘to try’ list.
Going to a fine wine tasting at Majestic early April before the offer cut off date I will pick up some of your recommendations
Salud !