I am often asked why I commend Co-op wines so frequently when they are not among the top four retailers.

It is for exactly the same reason that, five or six years ago, I was probably the only UK wine journalist championing the wines of Lidl. Not only is it gratifying to find quality wine where no one else is looking, but it is even more satisfying also to do so in respect of retailers.

As this post’s three word title suggests, the Co-op has quietly but skilfully assembled a range that is reliable and very accessible. I am happy to help them appear on more radar screens.

So, here are highlights from its new promotion; it runs through until 25 October.

A top seller continues to impress 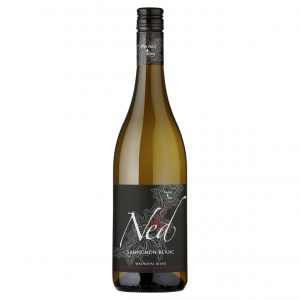 I know I have waxed lyrical before about the tasty sauvignon that Brent Marris has fashioned from entirely new vineyards in the shadow of The Ned mountain; it actually proved to be the top selling sauvignon for High Street rivals Majestic.

Enliven your taste buds then with the vibrant, zesty, sherbet lime elements of 2015 The Ned Sauvignon Blanc (£6.99 – down from £9.39 – and 13% abv) with those brilliant green pepper and tangerine elements that give it real substance.

Another favourite but with a new vintage

Good to see the new vintage of this award winning white from a grape variety that almost faded out – until, that was, its producers in Southern Italy realised that the commercial downside of its low yields were more than counterbalanced by the extra quality they brought.

With similar touches of sherbet freshness to The Ned but more ripeness and delicacy, 2015 Co-op Irresistible Fiano (£6.99 ongoing price and 12.5%) has floral, ripe red apple and nectarine texture nicely topped off with hints of sweeter spices.

Another new vintage goes one better

This excellent Argentinean standby red that blends (Rioja’s) tempranillo with malbec is not just a new vintage but, I think, the first 2016 wine to be featured on MidWeek Wines. Remember, though, that the Southern Hemisphere harvests in March or April.

The medium bodied substance and gentle tannin of 2016 Hereford Tempranillo Malbec (£4.99 – down from £6.69 and 12%) has won it many friends; so has its cedar influenced raspberry and red plum fruit  with a herbal cherry boost emanating, I suspect, from the tempranillo in the mix.

Here, though, is a more serious – unblended – malbec that still delivers the subtle characteristics Argentina manages to tease out of its adopted signature grape, but with some of that original Cahors depth too.

Dense and smooth, 2015 Las Moras Barrel Select Malbec (£5.99 – down from £7.99 and 13.5%) has firm tannins, loganberry, prune and blackberry fruit with suggestions of chocolate, vanilla and cloves but lively acidity and hints of violets as well.

And finally to Cabernet 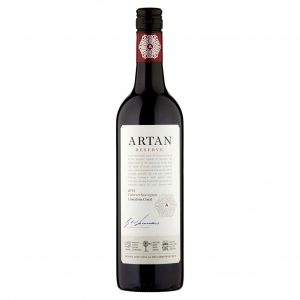 Anyone doubting that South Australia still produces good cabernet should take a look at this great value red from the Limestone Coast – a large wine appellation that incorporates, for example, Coonawarra.

All the classic minty, blackcurrant elements shout out from 2014 Artan Reserve Cabernet Sauvignon (£7.99 – down from £8.99 and 13.5%) and are nicely supported by fresh, milk chocolate and cinnamon influences – all wrapped in a medium bodied, slightly floral toastiness but only mild tannin levels.

Hi Brian
I agree, I love the Co op, we have a store close by and I’m always scouring the shelves for bargains, I recently bought a couple of bottles of the excellent Fiano.
Like the sound of the Las Moras Malbec and the Artan.
I just finished a bottle of the Truly Irresistable Montepulciano d’Abruzzo which was pretty decent and worth checking out as well.

Thanks, Dave, I will follow up on that Montepulciano. I feature an event in the next post where your sabrage skills would work brilliantly!

HI Brian
Tried and enjoyed the Hereford “breed” last weekend at a dinner party ( with venison). For a new wine, I found it very drinkable with good fruit and an easy aftertaste although – being honest – not everyone found it to their liking. I wondered whether it might even have benefitted from some chilling rather than being at kitchen room temperature. I will buy more of it, for sure.

Tim ….. Glad you liked it even though there were a few dissenters. Even if you serve Chateau Latour, someone will always dislike it – 100% acclamation is an almost impossible goal.
As for temperature, tempranillo (which forms part of this blend) can benefit from being two or so degrees cooler than malbec but most kitchens are too hot for all reds anyway. Room temperature meant an old fashioned dining room – in the days before central heating.

I tend to chill my red wines especially Spanish for around 15 minutes in the fridge, does the job for me.