Despite its massive size (compared to rest of the sector), the Co-op probably falls into that category but its wine list can hold its own in quality terms with anything the so-called Big Four offer.

Today’s posts identifies my top picks from the current Co-op promotion which, incidentally, runs through to 4 September.

Other favourite features are here too with Best of the Rest Selections and a Top Tip to give the low down on some of those wine myths.

For me, the pick of the whites is a viognier under the Les Jamelles label – a branding project skilfully overseen by the gifted Catherine Delaunay, who was originally from Burgundy, then made wine in California and is now almost part of the furniture in Languedoc.

Echoing a point made in the Top Tip video, avoid over chilling this wine. Doing so gives its otherwise impressive savoury edge unwelcome harshness.

Get it right though and 2017 Les Jamelles Viognier (£6.35 – down from £7.35 until 4 September and 13% abv) rewards you with smooth, floral and viscous peach and red apple fruit with tangerine freshness, a hint of caramel and that white pepper savoury element the previous paragraph mentions.

But it's Spain for the red

For a red, make for the Spanish part of the collection for a crianza (two years aging of which one must be in oak) from a widely respected Rioja producer .

Rich and with background influences of roses, 2015 Corte Mayor Rioja Crianza (£6.99 – down from £8 – and 13.5%) centres on silky black cherry and raspberry fruit with good acidity, firm tannin and concluding suggestions of cloves and dried herbs.

Elsewhere in this Promotion. 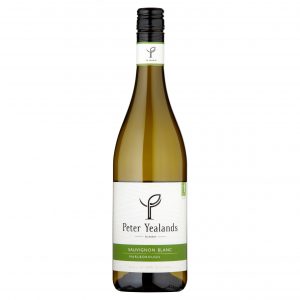 A couple of wines I commended back in February turn up again in this promotion but, to keep everything in one place, here is a repeat of what I said about them then.

Remember, I also had kind words last week about a sauvignon that the Yealands estate makes for Sainsbury’s.

Switching to a red

The other wine returning for this promotion is a sister for the Viognier praised a few paragraphs back but this time taming, and giving finesse to, the mighty mourvedre – backbone to a thousand blends from the Southern Rhone westward.

“Enjoy in particular” I said “the textured smoothness of 2015 Les Jamelles Reserve Mourvedre  ………… [that] wraps itself around the wine’s ripe damson and mulberry fruit and attendant hints of vanilla, mocha and olives but [soft] tannin”.

This guy was squeezed out from our review of the current Lidl promotion so is definitely a “WIGIG” wine but it is from Hungary’s most westerly and, probably coolest, wine region – Sopron – and uses a grape known over the nearby border in Austria as (you’ve guessed it) gruner veltliner.

No one can fail to be bowled over by the starburst of zingy lime based acidity that is the centre-piece of 2017 Winelife ‘Zo' Zoldveltelini (£5.99 at Lidl while stocks last and 12.5%) but the pear and apple fruit, savoury twist, suggestions of melon and overall freshness all impress too.

Malbec from an unexpected location

We get so tramlined into the France v. Argentina malbec debate that we often forget that other places produce it too. This Californian version is lighter and less complex than equivalents from Argentina but is still an attractive everyday red at a good price.

Light and smooth, 2017 The 405 Californian Malbec (£5.99 at Majestic – but dearer as a single bottle purchase outside Scotland – and 12.5%) has floral cherry and red plum fruit with gentle acidity, little tannin but suggestions of chocolate and cinnamon.

Probably more than most things, wine has so many “conventional wisdoms” that words alone cannot adequately explain.

Here then is a video that (once you skip the initial ad) takes a few minutes out to explore – and, in some cases, explode – a few well established wine “rules”.

Often using really helpful graphics, it considers decanting, flavour descriptors, temperatures, glasses to use and whether it must always be white wine with fish.

Since the academics and sommelier it uses are all American, do brace yourselves though for the breathless enthusiasm our transatlantic cousins do so well.

Haha! The video is indeed “breathlessly enthusiastic” but does have a few tips

Yes, you can see why I included a health warning but the graphics on aromas were quite sueful I thought. Back to normal on Wednesday with a guest piece on Portuguese wine.

Wow, I’m breathless watching the video! A fourteen minute clip reduced to seven minutes by an ultra speedy commentary.
Interesting bit about decanting white wines. There is a tendency to open and pour wines, especially whites under a tenner. Increasingly I’ve noticed that the first glass or mouthful has a harsh acidic taste (and thus easy to dismiss the wine) whilst by the second glass the wine has opened up, become softer and exudes all its true characteristics. And the fact that it’s now out the fridge may also be a contributing factor. So if certainly not decanting, then at least out the fridge and opened prior to pouring will pay dividends even for “every day” wines.

Yes I thought that the 15 minute rule for reds and whites was useful especially in warmer weather. Before recommending a wine for the site, I try to sample it again the next day and, as you say, it is often staggering how much it has opened up .

Hi Brian
Still a big fan of the Co-op, tasted most of your selection and about to taste the ‘Les Jamelles Mourvedre’ but the others are all very good. The only trouble I find with the Co-op is availability and selection which varies a lot from store to store.
Just watched the video and like Lyn and Fred I’m exhausted but there are a few good points made, I always chill my reds for 10 minutes or so, makes a big difference and I do tend to take out the whites for a little while before drinking.
Salud & drink well
Dave

I think I saw that the Mourvedre was well regarded by you guys but stand by for a few big hitters in Wednesday’s post – taking advantage of another rumoured discount.