Another promotion at Tesco

Another Tesco promotion starts this morning and provides shoppers with money off dozens of wines (mostly branded options) through until 9 July.

The average reduction is around 15% but they range from 50p off Tesco Finest St Mont (down to £5.50) to a £7 discount on Heidsieck Dry Monopole NV Champagne (dropping to £20).

I have picked out a handful of options from the promotion that I think many of you will enjoy – especially at these reduced prices.

Because I too can struggle to find wines on a crowded display when you only have a name to guide you, an image of selected wines usually appears next to each commendation. 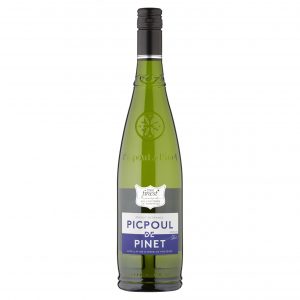 It may just be a “taste bud malfunction” on my part but I fancy that the 2017 vintage of picpoul is not quite as impressive as previous years – but devotees of the style will still find plenty to love in this example.

Certainly there is a wealth of that typical grapefruit pith depth to 2017 Finest Picpoul De Pinet (£6 – instead of £7.05 and 13% abv) which is neatly supplemented by apple and greengage fruit with fresh lemon acidity and a slightly spicy depth.

Vanilla – but not, apparently, oak derived 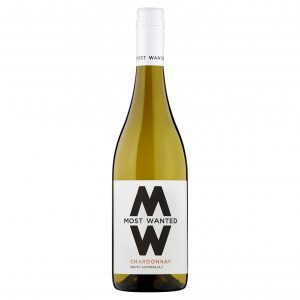 Despite a hint of two of vanilla, there is, apparently, no oak used for this South Australian white which – undeniably – is a million miles from the supercharged chardonnay of yesteryear and has that lively gentleness synonymous with unoaked versions.

Smooth and light, 2017 Most Wanted Chardonnay (£5.50 – instead of £6.50 and 13%) has soft, ripe melon and pear fruit, sharp lemon acidity and  a creamy texture with attractive nutty hints.

Now over to the reds 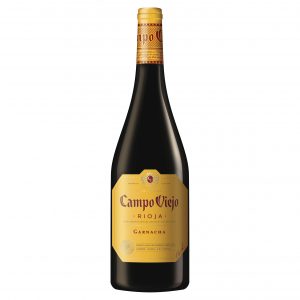 Garnacha (grenache in France) has long been a  – junior – blending partner in Rioja adding juiciness and touches of soft fruit (compared to tempranillo) to the final version.

Increasingly – and partly because it tends to be more approachable when young – the variety’s influence is growing and, here, one of the region’s best known producers brings us a 100% garnacha.

Note in particular how the fruit is more raspberry and red plum centred (compared to tempranillo’s cherry) in 2016 Campo Viejo Rioja Garnacha (£7 – instead of £8 and 13.5%) and is skilfully bound into a lighter texture with fresh acidity and suggestions of clove and vanilla.

A tale of two malbecs 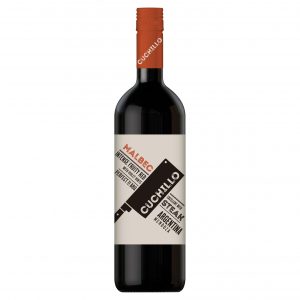 First up is a pretty typical example (but perhaps more concentrated than usual – and especially good value) of what Mendoza Central does so well – and for which it, rightly, wins many plaudits.

Dark, soft but concentrated 2017 Cuchillo Malbec (£6 – instead of £8 and 12%) has floral, ripe, prune and loganberry fruit, nippy acidity and limited tannin accompanied by suggestions of baking spice and background minerality.

But for a heartier version 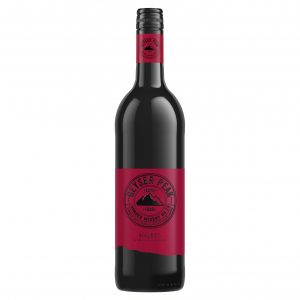 For a more “hairy chested” option try this version from California which has darker fruit components and greater intensity – as you might expect from that larger than life region.

In 2015 Geyser Peak Malbec (£6 – instead of £7 – and 13%) the dominant flavours are a slightly jammy – but very bold – bramble, blueberry and cassis cocktail supported by modest acidity, hints of cinnamon, smooth and savoury depth but only limited tannin.

Cut through the confusion for an attractive white

Comté Tolosan represents a sizeable portion of South Western France’s patchwork of wine areas of varying status – and confusing complexity. Suffice it to know, however, that this example is an 80:20 blend of colombard and ugni blanc and gives you terrific value for money.

Enjoy, then the gentle, floral red apple and peach constituents of 2017 Cuvée Pêcheur Comté Tolosan (£5.49 at Waitrose and 11.5%) with its good acidity, spicy depth but contrasting sweet touches too.

Conscience and taste buds in alignment

It always feels good to support Fairtrade wines and happily you need not compromise on quality to do so with this non-vintage South African red blend that is currently on offer at an excellent price.

Despite a relatively light texture Arniston Bay Fairtrade Shiraz Merlot (£4.89 – instead of £6.95 until 3 July – in the Co-op and 12.5%) packs in a significant cluster of flavours that centre around blackcurrant and plum fruit but also include savoury edges and a vaguely nutty background.

Tip: How to get the best from ice buckets coupled with Joe Wadsack’s advice on how to cool ice buckets down quickly.

It wasn’t just the sight of celebrities being doused with their content a few years back that caused my lack of enthusiasm for ice buckets.

First of all, it is hard to pass around a bottle from the bucket without dripping water over everything and everyone in its flight path.

Then, ice cubes only cool where they touch. Cylindrical bottles and six flat-sided ice blocks only have a limited number of meeting points.

Ensure though that there is plenty of water in the bucket. The ice cools the water and, with its ability to touch all submerged bottle surfaces, the water cools the bottle (and the wine within it).

Wine personality Joe Wadsack has a great trick for cooling things down quickly in this neat little video from a few years ago back.

Its content will delight fans of sherry (which does need to be cold) and chemistry teachers alike.

Hi Brian, great video, but what was the final “impressive” Sherry that Joe Wadsack mentioned. Sounded like Panna cotta!
Cheers, as ever, dashing to the co-op.

Hi Nigel …. Joe is referring to Palo Cortado – an in-between style that can be fantastic. Here is a link to a post I wrote some time ago about one (which may not itself be available) but which takes you a website with a detailed explanation.

If that link does not work for you. Google “MidWeek Wines + Palo Cortado” and that should give you access to my post on some M&S wines which contains the item.