Another cycle of dependable promotions

Amid all the new or special initiatives featured here of late, the dependable Co-op continues with its cycle of well crafted, three-weekly promotions.

Here are my picks from the one that started last week – and runs through to 21 November.

In addition, there is the usual Best of the Rest along with another of my Top Tips.

Chile sauvignon can indeed be irresistible 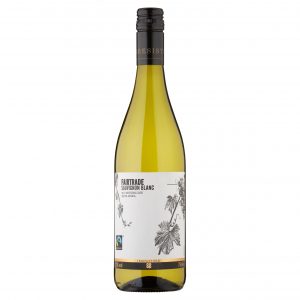 It’s not just Marlborough and the Loire that do sauvignon well and this really skilfully made white shows that the Leyda Valley – next to Chile’s Pacific Ocean seaboard – produces decent versions too.

Enjoy then the soft and mellow Co-op Irresistible Leyda Valley Sauvignon Blanc (£7.49 and 12% abv) with its pear, peach and red apple fruit, grapefruit based acidity and saline, nettle influenced backdrop.

Later: Sorry, folks; I appear to have been caught up in an excess of irresistibility. There is an Irresistible Sauvignon Blanc (that is on offer at £4.99 –instead of £5.99 until 21 November) but that is a Fairtrade South African version (and is the one pictured) – not the especially tasty Chilean one as I wrongly said on the original post. Apologies for any confusion and disappointment all that has caused.

But then so can this viognier 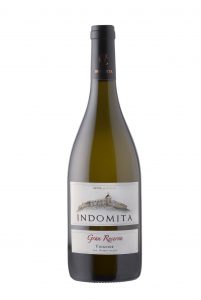 Before we leave Chile, let’s head south to the very different conditions in Bio Bio, home to this excellent viognier – although not on promotion it is lovely wine for £8.

Aromatic and textured 2017 Indomita Gran Reserva Viognier (£7.99 and 13.5%) has beautiful peach fruit,  lime centred acidity and that vaguely liquorice edge with which well made viognier suddenly surprises the wine lover.

A fair deal for customers too 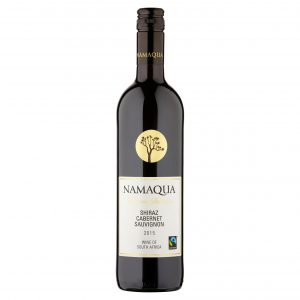 Top marks for value among the reds go to a smart blend from a well-known South African outfit that converted some of its production to Fairtrade operating three years ago. 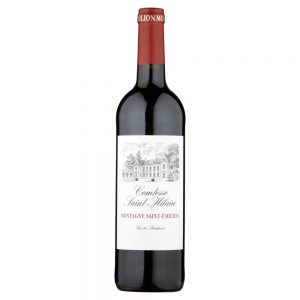 A little more money will secure you an attractive (and, predictably, merlot dominated) Right Bank claret which really does need to be decanted to allow it to soften and open up fully.

Do that, though, and the joys of 2015 Comtesse St Hilaire Montagne Saint Emilion (£8.49 –instead of £9.49 and 13.5%) quickly come out to meet you. They centre around soft, rounded bramble and loganberry fruit with gentle tannin and suggestions of baking spice and graphite bathed in those leafy aromas at which Bordeaux excels.

A GSM constituent goes it alone

Leaving the offers though, I cannot move on without lavishing praise on a terrific red from Southern France which, unusually, is a mourvedre varietal – whereas the grape normally appears as an (often, junior) blending partner.

See how 2015 Les Jamelles Reserve Mourvedre (£7.69 and 13.5%) provides rich mulberry and black cherry fruit with chocolate, herbal and cinnamon elements but with less tannin and a softer texture than you would expect from a (normally) powerhouse grape. 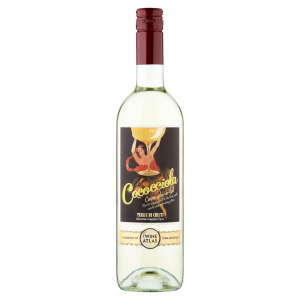 Like that mourvedre, this is another standalone version of something  frequently used  as part of a blend. The sauvignon like properties of cococciola make it an ideal source of extra acidity in other Italian whites – but this example shows us that there is much more to this particular grape.

Notice, especially, how the quince centred texture in 2016 Wine Atlas Cococciola (£5.48 at Asda and 12.5%) adds depth to the wine without compromising the energetic and vigorous lemon and green apple fruit it also contains.

An undervalued corner of the Rhone

Today also sees the start of another Waitrose promotion – containing – among others – a useful discount on an attractive red from an often overlooked corner of the Southern Rhone.

I enjoyed the herbal and aromatic background to the medium bodied 2016 L'Arene des Anges Costieres de Nimes (£5.99 – instead of £7.99 until 28 November – at Waitrose and 13.5%). Equally attractive is the wine's cherry and plum fruit, limited tannin and firm bursts of acidity.

As I have said before, drinking wine regularly is one of the real joys of life but it does need to be done sensibly.

Here are three water based suggestions to help preserve that important balance.

First, try to avoid high alcohol spirit based aperitifs – instead consider a glass of sparkling water. Such fare may be passé these days but those bubbles do add a touch of luxury to pre-dinner drinking without increasing your alcohol intake.

Secondly, alternate glasses of water and wine – not only will that reduce dehydration but you will also reach your capacity for liquids sooner.

I saw a great suggestion on the internet recently. Place your water glass nearer your plate than your wine. Thus, when you instinctively reach for a drink, it is water that you take.

Finally, never slake a thirst with alcohol – water is wiser and healthier and alcohol doesn’t work in the role anyway.

Hi Brian
Can vouch for the Les Jamelles, very enjoyable for the price as are all the LJ range.
Funny enough, Just finished a bottle of the ‘L’Arene des Anges – Costieres de Nimes 2016’ here are my thoughts…
“Bought this a part of a 25% off deal and thoroughly enjoyed it.
Lovely dark purple in colour with a smokey dark fruit nose.
This was very plummy, fruity, mouth watering acidity, light with a touch of spice & mild tannins. Very enjoyable, very easy to drink and very nice”.

Photo shows Co-op South African Sauvignon Blanc, not the Chilean one you describe!

Thanks Phil, a couple of other Midweekers also picked that up and I have now corrected the website – with due aplogies for cocking it up. Do shout if you see something that does not seem right, one gets a bit word blind proof reading and simply “see” what you expect to see …. Best ….. Brian