A Survival Guide for Budget Drinking

After what I hope have been great festivities for you, we encounter the realities of 2017 – and the recognition that the year will be a tricky one for budget level wines.

For a largely imported product, wine prices will inevitably be affected by the declining pound while changes to business rates and minimum wages will also impact on “bricks and mortar” operations.

But let’s avoid the race to the bottom.

The worry is that, to avoid having uncompetitive pricing, retailers will compromise on quality; indeed that is already apparent in some of the wine I am sampling.

So here is a brief guide to reliable wines from six different retailers at – for the moment – affordable on-going prices.

As before, click on any picture for an enlarged image to help you find the bottle in a crowded display. 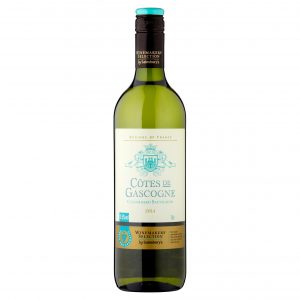 South West France is an excellent source of kindly priced (and sometimes “off-piste”) wines – especially among its whites.

For example, the rounded but zippy 2015 Sainsbury's Winemakers' Selection Côtes de Gascogne (£5 at Sainsbury’s) offers attractive, rounded, greengage, white peach and pear centred texture and then guilds the lily by turbo charging it with significantly more zesty grapefruit acidity than we are entitled to expect at this latitude. 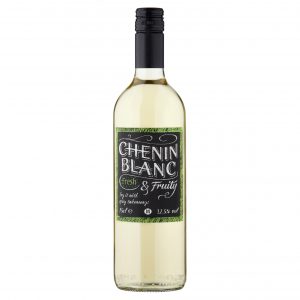 Its own economic problems mean that South Africa remains a good option for great value wines – particularly with chenin blanc where quality has improved without concurrent price increases.

Does what is says on the tin. 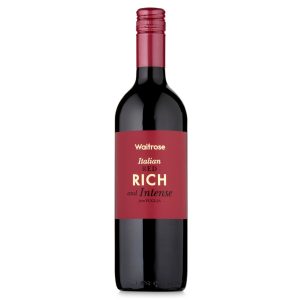 Most commentators suggest that it is easier to find well made entry point reds than whites – with Portugal and Italy often leading the way.

So, it is to the latter that I go for the non vintage but aptly described Rich and Intense Italian Red (£4.99 at Waitrose) with its full, juicy elderberry and damson fruit and soft tannin that is all rounded off by an aniseed and cinnamon centred finish. 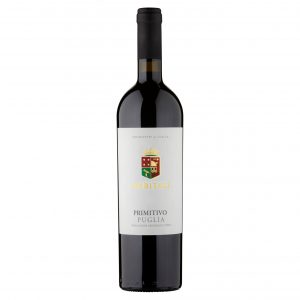 Sticking with Italy but getting more specific with vintage and geography, we head to the highly productive heel of Italy to savour one of that region’s signature grapes.

Lighter in texture than the Waitrose version, 2015 Orbitali Primitivo Puglia (£5 at Asda) also has limited tannin but its fruit is more loganberry and red plum – and is supported by hints of clove ball sweetness.

But here’s a surprise

If those European reds were from predictable regions this next one is anything but – Californian wines can be expensive but the state’s outlying areas (like Lodi) do have a few surprises.

One of them is the soft and floral 2013 Lodi Zinfandel Red Wine (£4.79 at Lidl) which, of course, uses the same grape as that Puglia red –  so it is no surprise to find clove and plum jam influences here too but the wine’s other fruit is raspberry and red cherry based with firm acidity and a suggestion of vanilla.

Ending with a wallet friendly sparkle

Finally, fizz need not be completely ruled out even in difficult times and some of the cremant now being produced in France hits very high notes indeed.

After today’s hints on what is hot across the retailers, we return to single supplier recommendations next week with our customary focus on recently announced offers.

Hi Brian,
That’s a real shame if you are noticing a decline in quality of the samples you are tasting but as your article shows there are still some brilliant low cost bargains to be had at stores like Lidl & Aldi, the latter with their excellent Crement du Jura which I have bought many times and it never fails to impress and not just with me. Asda also seem to be upping their game when it comes to cheaper good wines
I will look out for a few you’ve mentioned above here’s to finding a few more low cost quality wines in 2017. Nice one!

Fear not, we shall unearth the best of what’s available and any decline in standards does make sites like this the more important.