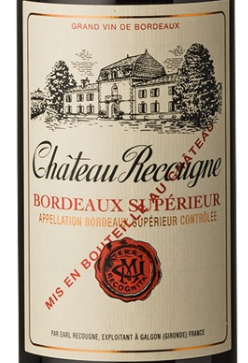 While the private equity guys muse over the most durable shape for Majestic’s High Street presence, it seems to be “business as usual” inside its stores.

A number of promotions will be in force there during August and I have picked out four wines with special prices that I think justify a closer look.

The first three are available for £7.99 – instead of £11.99 – in Scotland and when part of a “mixed six selection” elsewhere; the final one is individually priced.

Three of the prices quoted are valid until 5 August while the fourth runs through the whole of the month.

As usual, where pictures are available use them to find the wine concerned quickly in the crowded displays that are normal in most UK retailers.

But first that unsung summer hero

Summer whites need to be especially versatile – to suit light lunches and afternoons in the garden just on their own, in ways that are seldom demanded at other times.

Freshness, tropical fruit flavours and even an edge of sweetness are all on the “must have” list for this type of wine.

Made from a variety often overlooked, 2018 Viñalba Selección Torrontés (£7.99 until 5 August at Majestic and 13% abv) from Argentina’s Uco Valley meets this need well exhibiting floral, pear, peach and orange fruit, pink grapefruit acidity along with hints of savoury and sweeter spices.

No one can claim that chardonnay ever gets overlooked even allowing for the varied forms its adaptability allows it to take – and here is a version on the oaky end of the spectrum without being dominated by barrel influences.

Smooth and textured 2018 Santa Rita Medalla Real Chardonnay (£7.99 until 2 September and 13.5%) has peach and ripe melon fruit, gentle citrus peel acidity, a long creamy finish and, of course, hints of butterscotch and caramel derived from that contact with wood.

Devotees of new world reds do not always warm to wines like Bordeaux that their parents traditionally loved, but where climate and latitude mean variable ripeness between years and flavours less driven by fruit components.

For example, in 2016 Chateau Recougne Bordeaux Superieur (£7.99 until 5 August and 14.5%) – as well as quite firm tannin – there are classic graphite touches that add a mineral centred substratum to the wine’s subtle cherry and plum fruit and accompanying touches of chocolate, mint and coffee.

Finally, back across the Atlantic

Even after DNA confirmed it as “primitivo from somewhere else”, Californians still regard zinfandel as their own (with some justification given the grape’s susceptibility to terroir differences) but here is a good everyday example of what American versions, typically, taste like.

Soft but medium bodied, 2017 Definition Zinfandel (£7.49 instead of £9.99 until 5 August and 14%) has rounded plum and blackberry fruit with good acidity, limited tannin but appealing suggestions of aniseed and baking spices.

For hundreds of years, the caves in its Central Italy homeland were used to induce botrytis in grapes (but after – not before – picking) and, consequently, Orvieto became famous for sweet wines.

Nowadays most of its white wine is dry but the great value 2017 Contralto Orvieto Classico (£5 at Sainsbury’s and 12%) is unmistakably medium-dry with honey influenced, ripe pear and red apple fruit and hints of baking spice although modest pink grapefruit acidity provides important balance.

Enthusiasts of New World reds sometimes struggle to love the savoury elements and, often, reduced ripeness of French wines but this guy has proved surprisingly popular with subscribers who instinctively seek reds from the other hemisphere.

Perhaps the attraction lies in the comparatively light texture of 2016 Côtes du Rhône Villages (currently £4.99 at Aldi but soon reverting to £5.69 and 13.5%) or the pronounced raspberry and blueberry fruit yet both components are supported by savoury elements as well as good acidity, gentle tannin and suggestions of clove and pepper.

The current Morrisons promotion ends next Tuesday (6 August) and contains a wide range of price reductions – so a look in store may well pay dividends.

Here are four own label wines that form part of that promotion and which you might like to consider.

This glimpse of the 2019 New Zealand harvest will hearten many about quality and reassure white wine drinkers – although pinot noir prices do look set to rise.

However, once again, the vintage was smaller than anticipated with inevitable consequences for availability and, hence, prices.

First, the good news, production in Marlborough is likely to be about the same as in the last two years.

Brace yourself though for the bad news.

2019’s pinot noir harvest is down by over 20% on the previous year and seems likely to be the lowest in volume terms since 2015.

Given the exceptional quality of New Zealand pinot and the consequent high level of demand, that seems almost certain to push prices up.

Since Burgundy is already very expensive, this is dismal reading for pinot fans but Eastern Europe may offer a glimmer of hope.

The quality emerging from that part of the world is improving rapidly and some entry point versions are both sound and great value.

Perhaps, then, the medium-term prospects are not totally gloomy even if pinot fans will need deep pockets this year and next.

Hi Brian, Nice selection as usual, especially the Torrontés, although I don’t drink a lot of it but when I do I always enjoy it, it’s usually a crowd pleaser in this weather mainly due to its hint of floral sweetness which makes it very easy to drink.
Love oaky Chardonnay and Chile do it very well, for the price I’ve been impressed with other Santa Rita wines so will give this one a go.
Now to Bordeaux Superieur, I’m still searching for a good one that’s reasonably priced, most I’ve tasted have been a bit of a let down, maybe this will be different.
Thanks for the Top Tip, good news about NZ Riesling, not so good about Pinot, my wife will be pleased the Sovee’s are remaining stable.